Pioneering artist and musician Laurie Anderson – who had a number 2 hit single with O Superman in 1981 – is the guest director of the 50th Brighton Festival.

The 68-year-old American said: “I’m so happy to be serving as guest director of Brighton Festival in its historic 50th year.

“Our theme of home and place is especially relevant with so many people in the world on the move now looking, like all of us, for a place we can belong.”

Anderson, who was married to pop star Lou Reed until his death in 2013, added: “I’ve been part of the Festival several times and it was exciting to watch the city become the heart of so much art. I’m looking forward to being part of it this year.” 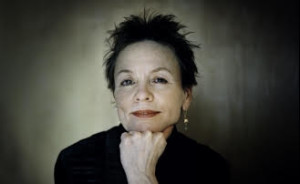 Full programme details will be announced on Wednesday 17 February.

The Festival organisers said that the highlights would include