The actor and director Alan Rickman, who was also the patron of one of Brighton’s independent theatres – The Emporium – has died at the age of 69.

The Emporium’s artistic director James Weisz said: “We are deeply saddened and shocked by the news of Alan’s death.

“Alan was a huge supporter of us and a very hands on patron of Emporium Theatre – whether watching a show, raising the profile of the venue or offering advice and guidance to me.

“He will be greatly missed.” 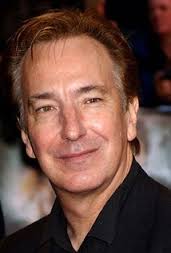 Hove MP Peter Kyle also paid tribute, saying: “My beautiful, kind, fearless friend Alan Rickman is gone. I owe him so much and loved him for what he did for so many.”

In April the actor, a lifelong Labour supporter, joined Mr Kyle on the election trail in Hove.

The actor was best known to younger fans as Severus Snape from the Harry Potter films. He also appeared in many other roles for stage, film and television. Among the films he appeared in were Die Hard, Robin Hood: Prince of Thieves and Love Actually.

His support for the Emporium was valued highly by Mr Weisz who opened the theatre a few years ago with his business partner Gary Blair. Their aim was to bring professional rep theatre to Brighton.

They are also showing films and are about to instal cinema equipment worth £4,000 thanks to a grant from the British Film Institute’s Neighbourhood Cinema Fund.

My beautiful, kind, fearless friend Alan Rickman is gone. I owe him so much & loved him for what he did for so many pic.twitter.com/zaAsdrvc5Z

The Emporium is based in a former Methodist church in London Road – a street and an area that is being revitalised and regenerated.

The theatre itself seats 90 and is in the old Sunday school with a café and bar housed in the body of the church.