Race organisers for this year’s Brighton Half Marathon have today announced that Olympic Champion Sally Gunnell OBE will be the official starter of the race. 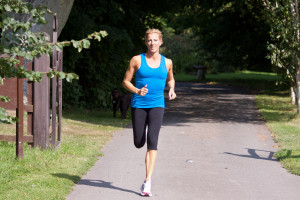 The Vitality Brighton Half Marathon starts at 9am on Sunday 28 February in Madeira Drive, Brighton, and Sally will sound the starting claxon to get the 13.1 mile race around the city under way.

A local to the Sussex area, Sally Gunnell is a former track and field athlete who won the 1992 Olympic gold medal in the 400m hurdles. Today Sally champions health and wellbeing initiatives and works closely with individuals and businesses across the UK to promote the benefits of sports and a healthy lifestyle.

2016 marks the 26th year for the Vitality Brighton Half Marathon and this year the race has the largest field in its history, with close to 13,000 runners set to take on the challenge of a half marathon.

2016 is also an Olympic year, with the Rio Olympics set to start in the summer, and the race will kick-start a superb year for sport in the city of Brighton and Hove.

Sally Gunnell said: “It’s with great pleasure that I will be the starting the Vitality Brighton Half Marathon 2016. A half marathon is a real challenge for anyone, and I’m looking forward tremendously to sending runners on their 13.1 mile journey through the city.

“Each and every year, running is being taken up by more and more people and it’s brilliant to see so many people taking up the sport to stay fit and healthy.”

Race director Martin Harrigan commented: “In an Olympic year, it’s an absolute honour to have an Olympic gold medallist start the race.

“Sally will no doubt prove a real inspiration to all our runners, from our elite field and charity runners to the younger athletes in our Youth Races. Bring on 28 February!”