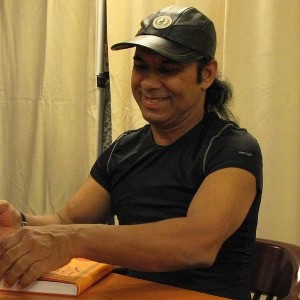 A Brighton yoga studio named after a world-famous yogi is changing its name after he was found guilty of sexual harassment.

Bikram in the Lanes was named after Bikram Choudhury, who was this week ordered to pay $6.5m to his former lawyer by a US jury which found him guilty of sacking her for investigating sexual allegations against him.

Choudhury, whose hot yoga techniques are now widely practised worldwide, is also being sued by six women who allege he sexually assaulted them.

As a result, the North Street Brighton studio, is renaming itself Yoga in the Lanes.

In an email sent to members this lunchtime, directors Bridgett Ane and Simon Goddard said: “As independent school owners, both certified by Bikram, we’ve been aware of the charges ever since they were brought forward over two years ago and stood by the principle that one is innocent until proven guilty.

“In lieu of the judgement, we’ve decided to remove Bikram’s name from our yoga school as it is of utmost importance to us that everyone in our community always feels welcome. In so doing, we hope to encourage more students to join our school and utilise our healing space.

“Our new name will simply be Yoga in the Lanes. We offer hot yoga, vinyasa yoga, yoga conditioning and remain open to the possibilities of change.

“The name change will begin with immediate, and it will take a number of days for these changes to be reflected across all our various channels to market, including the website.

“Change does not come easy, so in this time of transition, we remain grateful for your support, and excited about our future as we enter this new chapter for the school.

“We’re very grateful for Bikram’s series, the original Hot Yoga system and will faithfully continue to practice and teach the classic 90 minute series with vulnerability – separating its many proven health and healing benefits from the unacceptable issue of sexual harassment & discrimination in any form.

“As always we look forward to seeing you in class in the coming days, and will continue our mission of providing a safe healing space where everyone is welcome to come work on themselves, just we intended when opening our doors seven years ago.”