Could missing Peacehaven boy be in Brighton?

Police believe that a missing boy from Peacehaven may have made his way to Brighton today (Friday 29 January).

Sussex Police said: “Police are concerned for the welfare of a 14-year-old East Sussex boy who has gone missing from Eastbourne. 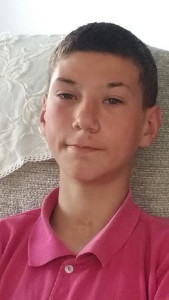 “Charlie Crookes, who lives in Peacehaven, was last seen leaving McDonald’s in Eastbourne town centre at about 10.30am on Friday (29 January).

“Charlie is white, 5ft 3in, slim, with short brown hair and green eyes. He was wearing a woolly hat, a black hooded jacket, a navy blue padded coat with a fur trim on the hood, navy jeans and grey trainers.

“Police believe he may make his way to Brighton city centre by bus or train, where in the past he has been seen with the street community, especially in the New Road, St James’s Street and London Road areas.

“There is natural concern for Charlie because of his age, some learning difficulties and his apparent connection to the street community in Brighton.”

Anyone who sees Charlie or knows where he may be is asked to phone Sussex Police on 101 or email 101@sussex.pnn.police.uk.