Green Party councillor Ben Duncan is planning to run in the election for the police and crime commissioner’s job in Sussex in May.

Mr Duncan was the Greens’ policing spokesman and a member of the Sussex Police Authority for five of his eight years as a member of Brighton and Hove City Council. He also chaired the council’s Community Safety Forum.

The former Queen’s Park councillor said that he would run for the £85,000-a-year role in the online Fig newspaper today (Thursday 4 February).

He said that Sussex Police should concentrate on community policing and keeping people safe from theft and abuse. 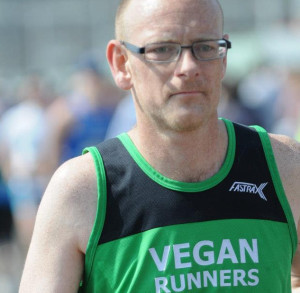 Mr Duncan, a councillor in Brighton from 2007 until last May, said that the police should spend less on investigating victimless crimes, CCTV schemes, spying on protesters, policing rallies and political gatherings and dealing with migrants entering the UK in Sussex.

The election to become Sussex’s police and crime commissioner (PCC) is taking place on Thursday 5 May. The PCC took over from the Sussex Police Authority in 2012.

Mr Duncan said: “I have decided to stand as I think Sussex needs a socially liberal police force which concentrates on communities.

“I would divert money from policing protests, drug possession offences, policing our borders and maintaining weapons to reducing burglary, putting more ‘bobbies’ on the beat, preventing crime by helping the homeless, preventing hate crime and sexual offences – and making our streets safer, especially for cyclists and pedestrians.

“In short, I want to make Sussex Police a force for good.

“I need to raise a £5,000 deposit to stand – the rules are devised to keep ‘the poor’ from positions of power – but I hope to do so by crowdfunding, and that my funded, radical, approach to policing will win support from the people of Sussex.”

The Fig said that the current police and crime commissioner Katy Bourne, a Conservative, was expected to seek re-election.

The online newspaper said: “No other candidates have been selected as Fig went to press, though it is thought an ‘official’ Green candidate will stand against their former national policing spokesperson.”

At the first PCC election in Sussex an independent candidate Ian Chisnall, from Brighton, finished third. He came within 2,000 votes of being in the run-off against Katy Bourne. He does not currently plan to stand in the election in May.