Man suspected of trying to infect sexual partners with HIV

A man has been arrested on suspicion of intentionally putting sexual partners at risk of HIV and other sexually transmitted diseases by deliberately sabotaging safe sex practices. 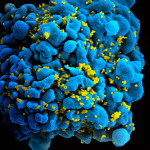 Police have received reports of several incidents believed to have taken place in Brighton between October last year and February 2016.

The man is in his 20s and has a Scottish accent. The suspect has been arrested on suspicion of causing grievous bodily harm with intent and is currently on police bail.

Police and the Director of Public Health for Brighton and Hove are encouraging men who think they may have had sexual contact with the man described to contact sexual health support services.

The police are appealing for anyone who thinks they may have had a sexual encounter with this man to come forward so that any relevant information can be investigated. Anyone who wishes to report a concern can email 101@sussex.pnn.police.uk or call 101 quoting Operation Brickhill.