The closure of a much-loved day centre in Brighton looks more likely after a vote by the Brighton and Hove Health and Wellbeing Board this afternoon (Tuesday 19 April).

The final decision will be made by a committee of senior councillors next week.

The day centre – Tower House in London Road – which is for older people and younger people with disabilities is run by Brighton and Hove City Council.

The council’s executive director of adult services Denise D’Souza said: “I appreciate what a difficult time this is for the people using Tower House, the staff and carers. People are really anxious about change.” 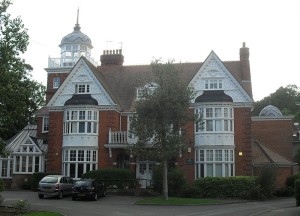 Karin Divall, the council’s head of adult social care, set out the case for change although she pointed out that a consultation found that 43 of the 72 people who use the day centre wanted it to continue along the same lines.

Members of the Health and Wellbeing Board were given a dossier of confidential responses to the consultation running to hundreds of pages of pink paper.

The move was opposed by Phélim Mac Cafferty, the convenor of the Green group on the council.

Councillor Mac Cafferty told the Health and Wellbeing Board meeting at Portslade Town Hall: “We’re not listening to people because they’re saying they want to stay here and we’re saying they’ve got to go.”

Councillor Karen Barford, a Labour member, said: “This has been a very complex and emotional process for many people involved.”

She said that she was supporting the closure of a much-loved service with a heavy heart.

The decision wasn’t just about saving money, she said, but reflected changes that the council had to accept such as personalised budgets for people buy their own care. 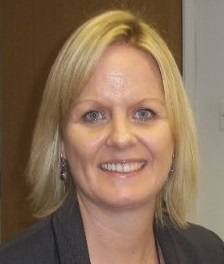 Councillor Barford said that the needs of those who use Tower House would continue to be met, adding: “I have heard from many service users how much they enjoy Tower House and I know that any change will be difficult.

“I am reassured that they will be fully supported through any agreed transition by the council and other local organisations.”

She said that the council aimed to retain as many staff as possible, offering them alternative jobs where possible.

She also thanked those who had volunteered at Tower House and hoped that they would have other opportunities to help people.

Councillor Barford urged the council to do what it could to keep the grade II listed building in community use. It is owned by Holding and Management (Solitaire), a London property company, and was once described as “Brighton’s finest example of a grand Edwardian house”.

Councillor Ken Norman, for the Conservatives, praised Councillor Barford’s speech. He recalled similar anxieties when other closures had happened in the past but said that the outcomes had been positive.

The final decision will be made on Thursday 28 April by the council’s Policy and Resources Committee.