Cuffs may have been cancelled, but anyone wanting a slice of Brighton cop action will soon be able to tune in to the real thing with a second series of ITV’s The Nick. 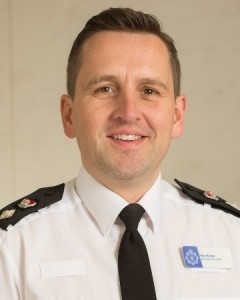 Last year ITV aired three hour-long episodes of the show which was filmed in the city during the summer of 2014 and showed some of the work and challenges faced by the officers and staff based at John Street police station.

The film crews followed officers and staff across Brighton and Hove as they dealt with a variety of different jobs, highlighting the diverse nature of modern policing.

Chief Superintendent Nev Kemp, has now agreed to allow the film company, Renegade, back into the station to film a second series.

He said: “I was really pleased by what was captured in the last series and it showed the professionalism and dedication of the officers and staff who are committed to keeping people safe in Brighton and Hove.

“The reason we wanted to do this was for the public to see first-hand the complexities of policing, the demands on modern policing and how we strive to do our best for the people we serve, after all, the public do pay for us.

“I am hugely proud of the team I have here and was delighted with the feedback we had last year after taking part in the documentary. People contacted us on social media, phoned, emailed and even come into the station to say how humane and committed our officers and staff were and how much they enjoyed the programme.

“I wanted to do it, so the public could see how complex policing can be, the variety of jobs we attend and how hard we try to serve the public.

“The public pay for us and I believe that we should be as transparent as possible. The first series captured a snapshot of what we do in Brighton and Hove and some of the challenges which are faced by officers and staff across Sussex and the country.

“There is such complexity and a variety of work in policing that I am confident there will be plenty of material for another series and will enable people to see and appreciate more of what we do.”

“There some risks in opening up our doors in this way but I am pleased the public got to see what we do to keep people safe and that we have very professional dedicated people working for them in the force.”

The second series will be broadcast on ITV next year.