A Green Member of the European Parliament (MEP), Keith Taylor, has spoken out about the European Union’s role in keeping the peace on the continent.

Mr Taylor, an MEP for the South East England constituency, which includes Brighton and Hove, challenged the argument of those who attribute the peace to NATO (the North Atlantic Treaty Organisation).

The Brighton and Hove City Council member said: “This week people across the south east have been observing Europe Day, an annual celebration marking the ‘Schuman Declaration’ when, on 9 May 1950, European governments determined to make war not merely unthinkable but materially impossible. 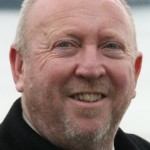 “Yet despite 66 years of peace across the continent following this declaration, those pushing for the UK to leave the EU argue it is NATO, not the EU, which has kept the peace.

“As Greens, we believe NATO was designed for a world of two hostile blocs and should have been abolished at the end of the Cold War.

“This military alliance, based on the premise that to ensure peace you have to prepare for war, demands all members spend 2 per cent of their GDP on the military.

“This feeds the arms trade which ultimately only profits from war, not peace.

“The EU, on the other hand, actively works for peace within Europe and beyond its borders.

“In recent months, the EU has been responsible for negotiating a breakthrough in Iran’s nuclear talks, a feat the US could not have achieved on its own.

“Peace is a condition achieved through determination and wilful action, not through the threat of military might. The EU’s democratic nations working together can and do achieve this.

“This year more than any other we would be wise to remind ourselves of the legacy of peace and prosperity the architects of the EU have left us and defend it by remaining a part of the EU.”

The referendum on whether to leave or remain in the European Union will take place on Thursday 23 June.