A revolutionary zero-waste restaurant’s bid to sell craft ale to hipsters to drink at home has fallen foul of strict city centre regulations designed to crack down on booze fuelled street violence. 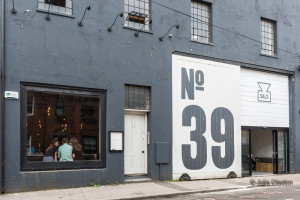 Silo in Upper Gardner Street, which has been feted by the national press for both its ethics and the quality of its food, wanted an off licence so it could sell beers, ciders and wine, some from its in-house brewery, to people to enjoy at home.

But because the restaurant sits within the city’s designated cumulative impact zone, Brighton and Hove City Council’s policy is to refuse all new licenses unless the applicant can demonstrate it won’t add to alcohol related nuisance, crime and disorder.

And after representations were made by police and council officials, a licensing panel this month decided that Silo had failed to show it wouldn’t add to disorder in the city centre.

In its application, Silo said: “We have recently started selling take away non-alcoholic drinks from our in-house brewery and would like to propose a change in our licence to enable us to sell alcoholic products off site.

“The previous owners (Thorne Foods) were approved an off sales licence previously, we wanted to wait until we had been open over a year and we would now like to add this to our licence for customers to enjoy our drinks which are made in-house.

“We believe that these changes more than balance the effects on cumulative impact and continue to promote the licensing objectives.”

The city council’s outgoing director for public health Tom Scanlon wrote to the panel to say: “This electoral ward is ranked worst or second to worst on all al the alcohol associated crime and disorder indices we monitor … and worst for higher risk drinking and second to worst for alcohol specific hospital admissions.

“This application if accepted would very likely add to this burden, and in no way can it be seen as exceptional or as having the effect of reducing the cumulative impact from alcohol.”

The North Laine Community Association also objected. Its committee members Roy Skam and Sandy Crowhurst said: “This would be a change that would affect those residents of Upper Gardner Street as well as all residents in the area.

“North Laine is classed as a CIZ, and we feel that yet another premises with an off sales licence would exacerbate the problems that the North Laine suffers from since the introduction of flexible opening hours in 2003.”

Chief Superintendent Nev Kemp of Brighton and Hove Police also objected, saying that Silo had not demonstrated any exceptional circumstances which meant the licence should be granted.