A charity has put forward a five-point plan for more supportive care for parents with learning disabilities and says that it will also save the council money.

Impetus put forward the plan in a submission to the Fairness Commission set up by Brighton and Hove City Council.

It draws on best practice from other councils and reflects the judgment of a senior Family Court judge given earlier this year.

The submission of evidence included a video – Holly’s Story – about a woman with mild learning disabilities whose daughter was taken into care.

Impetus, which is based in Brighton and Hove and is dedicated to providing befriending, advice and support services for vulnerable adults, said that it wanted to work alongside the council.

Its recommendations could mean a radical new approach which could result in more children staying with their parents, potentially saving the council money according to evidence from other local authorities.

Brighton and Hove has 445 looked after children – a figure that is 87 per cent higher than the south east regional average. It costs the council more than £20 million a year.

Impetus said that, under the law, parents with learning disabilities are entitled to support to be able to fulfil their parenting role and have more opportunity to meet the “good enough” parenting standard.

However, according to the evidence submitted by Impetus, the approach in Brighton and Hove often does not currently provide or enable such support.

The charity has taken the initiative to collaborate with national experts to look at making some radical changes.

Impetus chief executive Jo Ivens said: “While the safety of the child must always remain of paramount importance, parents with learning disabilities can be great parents. 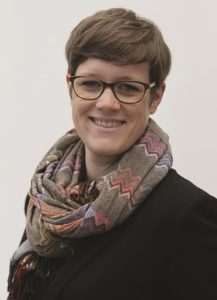 “Our experience is that the assessment and support systems in Brighton and Hove are not adjusted to reflect the parents’ learning disabilities and this essentially creates a test they cannot pass, and leads to their child being removed.

“This is extremely costly and has a devastating impact on the mental health of the parents so we’re very pleased to be working with national experts to bring best practice to Brighton and Hove.”

Impetus’s submission highlights best practice approaches adopted by comparable authorities elsewhere and focuses on how these could be adopted in Brighton and Hove.

For example, Medway Council provides specialist support for parents with learning disabilities, which is designed to understand their parenting strengths and weaknesses.

Personalised parenting plans are developed to fill the gaps and this enables many parents to meet the “good enough” standard.

As established experts in the city, Impetus said that adopting this approach would have a significant impact.

Ms Ivens said: “We want to work with Brighton and Hove City Council to support any changes to the current ways of working.

“Research into the best practice adopted by other authorities not only suggests better outcomes for parents and their children, but significant savings for the city.”

Impetus has put forward five key recommendations in its submission

Ms Ivens said: “Impetus has the skills and experience to be able to support the council to adjust its approach to working with parents with learning disabilities. The change of approach would be transformational for everyone involved.”

Impetus has also released a film which tells the story of “Holly” whose daughter was placed into care as the courts concluded that there wasn’t the support in place for Holly to be sure that she could keep her child safe.

The judge had no option but to take the child into care as the child’s safety was the priority. Impetus said that the film also played a part in its submission to the Brighton and Hove Fairness Commission.