A senior peer from Brighton is marking the start of Euro 2016 by handing out football kits to child refugees in Calais.

Steve Bassam – also known as Lord Bassam of Brighton – and his wife Jill Whittaker are giving out the kits along with other help, having also raised money for food and essentials.

He told the Huffington Post that he had become increasingly angry that “asylum seekers and migrants have been used as collateral damage in the EU referendum debate”.

Lord Bassam, the Shadow Chief Whip in the House of Lords, said that he wanted to encourage football fans across the country to help too. 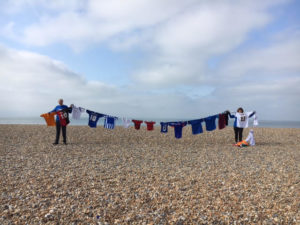 He was after new or used football kits, boots, balls and other help for the refugee children. As many as three quarters of almost 600 youngsters at the camp in Calais are unaccompanied.

The English Premier League has donated kits for each of its teams, he said. But the Labour peer wants to hand out a strip from each of the 24 European national teams taking part in the four-week tournament in France.

Lord Bassam said: “To mark the start of the tournament, my wife Jill and I will dedicate our weekend to bringing some practical support and hopefully a bit of fun to those young refugees.”

He said that Brighton already had community links with one of the Calais camps. The couple had decided to build on those links by asking friends “to donate money, football kit and other useful things that we can take with us as voluntary helpers”.

“The response has been brilliant,” he said. “Entire team kits from a small club in Littlehampton, a junior sized training kit from a Newcastle fanatic, the Premier League giving us kit from many of the top flight clubs.

“One friend even ventured into his loft to find a set of old England tops from various failed football campaigns, as well as France and Italy tops, then gifted them all to us freshly laundered. 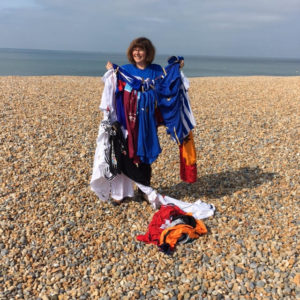 “Everyone it seems wants to play a part. And the multinational aspect of that friend’s offering has made me think that it would be nice to secure, albeit with only a few days to go before we head for Calais, kits from all of the other teams taking part in Euro 2016.

“A knock-on effect has been to make Jill and I think that while Boris and Dave slug it out over Leave/Remain and those who should know better shout negatively about immigrants, we should quietly get on and help those caught up in conflict.

“It ends the frustration and helps build bridges – something we should all surely do. As always, when working together people can make a positive difference.”

While many charities have described the dire conditions in the camps, some say that the international spirit among refugees is typified by their common love of football.

Although many are Syrian, Afghan or Libyan refugees, the children are expected to crowd around the few TVs and radios in Calais to watch the big games in the Euro 2026 tournament.