An “inadequate” GP surgery in Hove is to close because of concerns arising in part from its difficulty in recruiting a doctor.

The Practice Hangleton Manor is to close next month after a second critical report from the Care Quality Commission (CQC).

The surgery’s owner – The Practice Group – had planned to close the surgery anyway after being told that funding would be cut.

NHS England said that it had been unable to persuade any local GPs (general practitioners) willing to run a branch surgery serving the 1,800 patients on the Hangleton Manor list. 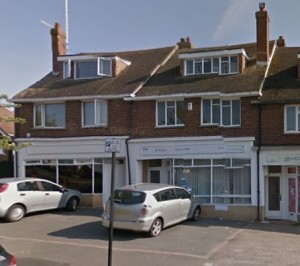 A letter from NHS England’s director of commissioning for the area, Sarah Macdonald, said: “The Practice Group is regrettably no longer in a position to provide care to patients at the Practice Hangleton Manor over an extended period and so we need to act now to make sure patients can continue to access local GP services.

“The surgery, which was rated inadequate by the Care Quality Commission (CQC) at the beginning of December 2015, was recently re-inspected by the regulator.

“Following the latest inspection of the surgery in May, the CQC has raised concerns about the extent to which the Practice Group is able to provide on-site clinical supervision of locum GPs working at the Practice Hangleton Manor.

“The CQC has said that it does not feel the current staffing arrangements at the surgery are sustainable and that it would not be able to sanction the continuation of these arrangements through the summer months.

“Given the concerns raised by the CQC, it is therefore necessary for the Practice Group to stop providing services at the Practice Hangleton Manor at the end of the day on Friday 15 July.

“The practice will therefore close on this date.”

It said that this led to concerns about safeguarding, which has been a worryingly common feature of inspections of surgeries in Brighton and Hove and an aspect previously flagged up in reports by the Local Safeguarding Children Board. 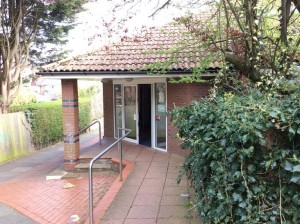 There was also “a lack of nurse appointments”, the CQC said, adding: “There was no nurse employed within that practice at the time of our inspection.

“There was an over-reliance upon telephone triage consultations in place of face to face consultations with patients. The practice had not adequately assessed the impact or potential risk of the appointment system.

“Staff told us they considered the current system to be inflexible and to present risks to patients.

“One locum GP told us that they were regularly required to review a back-log of patients test results which had accumulated when other locum GPs had been present within the practice.”

The Hangleton and Knoll Health Forum is to hold drop-in sessions at the Practice Hangleton Manor, in Northease Drive, Hove, over four weeks to give patients help, information and advice.

The dates and times are

The situation will also be discussed at the forum’s regular meeting at St Richard’s Church on Wednesday 29 June from 10am to noon along with the CQC report on Hove Medical Centre.

The surgery in West Way, Hove, was also rated inadequate by the official watchdog and placed in “special measures” to help it improve.

The health forum is run by the Hangleton and Knoll Project.

Unless patients choose otherwise, they will be reregistered automatically with the Benfield Valley Hub, in Old Shoreham Road, Portslade, which also runs the Burwash Road surgery in Hangleton.

The surgery will be given extra funding to help it cater with the extra demand resulting from the changes.

NHS England said: “The Benfield Valley Hub GP practice, which runs Burwash Surgery, in Burwash Road, Hove, and the County Clinic, in Portslade, has confirmed they can register all patients from the Practice Hangleton Manor.

“They will be able to provide care to all affected patients currently registered at the Practice Hangleton Manor from Monday 18 July 2016.

“Patients will be able to contact the Benfield Valley Hub practice to make appointments at either of their two surgeries from this date and will not need to take any further action to confirm their registration with the practice.”