Former England rugby star Jordan Turner-Hall has been cleared of attacking and injuring two men in a fight in a Brighton night club.

One of the men who was attacked – Callum Maslen, who was 21 and living in Burgess Hill at the time – suffered a broken cheekbone, broken nose and bruising to his face.

The other man – Hamish Gilland, who was 21 and living in Haywards Heath – was left with chipped teeth and a cut lip.

They say they were attacked in a case of mistaken identity on a Halloween-themed night at Pryzm. 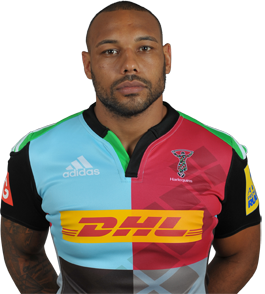 Sussex Police said: “The CCTV from the bar captured the start of the fight between them before it moved to another room.”

The fight broke out at about 3am on Thursday 30 October 2014. Sussex Police added: “Two suspects were arrested three weeks later and charged with the offences in June 2015, Fairhall and his friend Jordan Turner-Hall.”

Detective Constable Tracey Dixon said: “This was a violent attack in a night club and these two young men both suffered injuries to their faces which have needed some ongoing treatment.

“It has never been clear what the fight was about but I am glad the victims can now have closure.”

Former Harlequins centre, Turner-Hall, who played for Hove Rugby Club as a teenager, announced his retirement from professional rugby because of injury just weeks after he was charged last summer.

Fairhall will be sentenced on Friday 29 July.

Man airlifted after slipping on rocks off Saltdean beach