A judge has jailed six members of a Brighton drugs gang whose heroin is believed to have claimed at least two lives.

She also praised the team of Brighton detectives who smashed the drugs ring, saying that she was “in awe” of their work in the case.

Judge Shani Barnes, the resident judge for the area and the honorary recorder of Brighton and Hove, sentenced seven men for 26 years in total. One of them received a suspended prison sentence.

They seven men, who all pleaded guilty to conspiring to supply drugs, were

The heroin and crack cocaine were supplied from north London, where several of the gang members were from, although they also had other addresses.

Gang leader Remy Douieb was jailed for six years. He organised and led the network and held “deal” phones and would direct runners to users to supply heroin and crack.

Sussex Police said: “The proceeds of that illegal trade would be paid into various bank accounts linked to him or the group.” 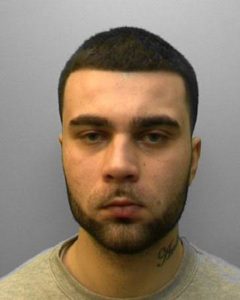 The judge referred to a robbery committed by Douieb in Reading, for which he previously spent time in prison.

He had attacked a seven months’ pregnant woman who had complained to him about selling drugs outside her mother’s house in London.

Judge Barnes said: “During the attack you told that woman that you were a man with no morals. I sincerely hope you find some during this sentence.” 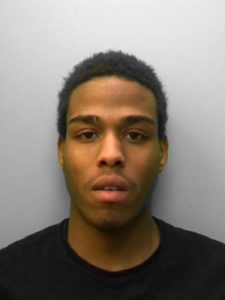 Douieb’s right-hand man Damien George was jailed for five years and eight months. He oversaw resupplies to the drug runners. He was seen on one occasion wielding a large hunting knife during a resupply. When he was arrested on the A23 entering Brighton, he had a black imitation hand gun.

Scott Collins, regarded as the gang’s runner, was jailed for four years.

Charlie Magrino, who was 17 at the time of the offending, was sentenced to two years suspended for two years. 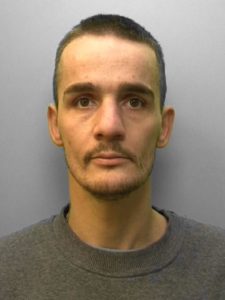 The drugs ring was smashed by officers from the Organised Crime Investigation Team (OCIT) at Brighton Police Station.

They set up Operation Cooden, a plain-clothed operation targeting heroin and crack cocaine dealers, which ran from June to December last year and resulted in more than 50 arrests.

The element of Operation Cooden involving the seven men in the latest case was part of a drug dealing network known locally as “Ricky”.

Officers from OCIT gathered evidence of the group’s involvement over a sustained period of time and arrested the group last December.

At least two people died from overdoses of heroin attributed to the “Ricky” line – Dennis Walsh and Madeline Stokes. 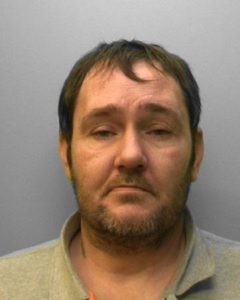 Dennis Walsh, 48, died in Chalky Road, Portslade, on Saturday 14 November and Madeline Stokes, 20, died in Ovingdean on Wednesday 13 January. Inquests into their deaths confirmed that both had died from drug overdoses.

Judge Barnes told the men in the dock: “I cannot sentence you for the deaths of those poor people but I will name them and they will not be forgotten.

“You were all heavily involved in this prolific, callous and brazen drug dealing which is not low level.

“You plied your filthy trade in front of children and families playing on the beach among other areas. I would not be doing my duty to the community if I did not pass severe custodial sentences.” 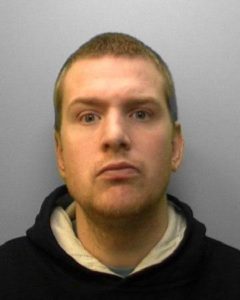 After sentencing all seven, on Friday 24 June at Lewes Crown Court, Judge Barnes awarded commendations to the OCIT team for what she described as “the hallmark of an excellent operation borne out in the guilty pleas of the defendants”.

She said: “All these defendants pleaded guilty at a very early stage because of the weight of evidence placed upon them by you.

“As the resident Judge and a local resident, I say thank you and commend this team. I don’t often commend, but this operation is one that I am in awe of.”

The deputy senior investigating officer Detective Sergeant Julian Deans said: “Operation Cooden was a successful operation that culminated in over 50 arrests of heroin dealers in this city.

“We worked closely with the Crown Prosecution Service and colleagues in neighbouring forces and also with the support of the South East Regional Organised Crime Unit.

“Operations of this nature do not just happen. It takes hours and hours of painstaking work behind the scenes in the shadows to build a case of this nature.

“I am pleased to have been able to rid the city of this group. The likes of Douieb and George thought that they could just bring their knives and guns to protect their heroin business into this city and this was met head on by our team.

“We will not relent and we will continue to target every heroin dealer who thinks they have a chance of survival in this city.

“My thoughts also go out to every family that is affected by heroin. I have both the fortune and misfortune to witness both sides of the trade.

“I live a surreal life at times where I witness drug dealers peddling their death on the streets of Brighton and then end up investigating the end product of that trade by investigating every heroin death.

“Those victims and families deserve the best response we can give as police officers. My team delivers that response and it serves to redouble our efforts every time we encounter the heartache that heroin brings.” 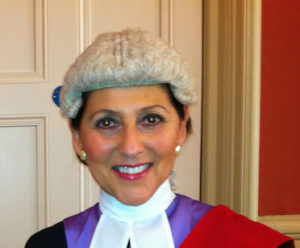 Sussex Police said: “Of the 43 other people who were arrested, all pleaded guilty to offences including possession with intent to supply Class A drugs and other conspiracies related to drugs supply.”

The Youtube video, above, is from a police surveillance video that was played in court and formed part of the evidence against the gang.

Sussex Police said: “It shows George outside an address the gang were using in Thames Close, Brighton, on (Thursday) 12 November last year. He is on the phone and is casually waving a large knife while talking to a contact.

“People seeking help on avoiding or cutting down on substance abuse in Brighton and Hove can access a range of advice and support.”

To find out more about the help available, click here.