Police are warning people to be on their guard after a skimming device was found on a cash machine in Lewes Road, Brighton. 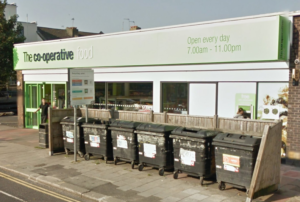 Three people reported trying to withdraw money from the cash machine at the Co-op store on the morning of Friday (8 July) but their transactions were declined and their bank cards not returned.

Police attended and found a skimming device glued to the card slot in the machine. One of the victims reported that she had seen a man loitering in the area at the time and described him white, with short dark hair, aged in his early to mid 20s and wearing a green hoodie, dark trousers or jeans.

Sergeant Christopher Thompson said: “Fortunately the victims realised something wasn’t right with the cash machine and one of them contacted us.

“We would like to remind people to cover their card pin number when they are imputing it into the machine, be vigilant and to report any suspicious items found on cash machines to police immediately.

“Also any business owners who have cash machines on their premises should regularly check them.”

Anyone who has any information should contact police by emailing 101@sussex.pnn.police.uk or ring 101 quoting serial 212 of 08/07.