Brighton student named as one of the Camber Sands victims

A University of Brighton student was one of the five young men who tragically drowned yesterday at Camber Sands, media reports say. 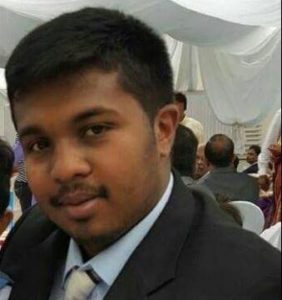 Friends of Nitharsan Ravi posted tributes to him on Facebook as news of the friends’ deaths began to spread.

Mr Ravi, 22, and four of his friends from Bexleyheath had travelled to Camber Sands for the day yesterday when the accident happened.

This afternoon, his friend Jackson Bosco posted on Facebook: “#RIP Nitharsan Ravi .. Can’t believe to hear the news that you were one of the boys at #Cambersands.

“You were truly a good person with a good heart. You are going to be missed on this earth.

“#Condolences and #prayers to the family at this time.”

Three bodies were pulled from the water yesterday afternoon, with two more recovered in the early evening. Speculation in The Sun that they were fully clothed and could be migrants has been quashed by Sussex Police.

Chief Superintendent of Sussex Police Di Roskilly said: “We believe we now know who the men are and that they came to the beach together for the day. We believe they are all in their late teens and early 20s and come from the Greater London area.

“These men were not fully clothed when they were pulled from the sea but wearing clothes appropriate for being at the beach for the day.

“This has been an incredibly tragic incident and we are offering their next of kin support at this difficult time and our thoughts are with them.”

According to his Facebook profile, Mr Ravi started studying in Brighton in September 2013. He was from Plumstead and attended Bexleyheath Academy.