Southern boss David Brown will not be taking his annual bonus – worth an estimated £500,000 – or taking a pay rise after profits soared at the troubled train operator.

Mr Brown is chief executive of the Go-Ahead Group which owns 65 per cent of Southern’s parent company Govia Thameslink Railway.

Yesterday (Friday 2 September) Go-Ahead reported a 27 per cent rise in pre-tax profit from £78.7 million to £99.8 million in the year to Saturday 2 July from revenues of £3.36 billion.

The company told the London Stock Exchange that its statutory operating profit for its rail services totalled £26.2 million compared with £16.1 million a year earlier.

Its statutory operating profit for its bus services, including Brighton and Hove Buses, totalled £91.2 million compared with £80.7 million a year earlier.

Go-Ahead said that it paid £222 million to the Department for Transport although on Thursday (1 September) the DfT announced a £20 million fund to tackle problems on the Southern rail network. Southern made a small operating loss, Go-Ahead said. 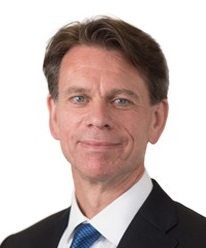 Southern passengers have been affected by months of disruption, delays and cancelled trains.

An emergency timetable was introduced to cope with the modernisation of London Bridge Station.

And hundreds of trains were dropped from the timetable in the summer to cope with a rise in sickness among guards.

The company, which relied on staff to work voluntary overtime to meet its timetable commitments, believes that the guards are taking unofficial industrial action.

Their union, the RMT, blames stress for the increase in sickness and has called a number of strikes this year, including one for next Wednesday (7 September) and Thursday (8 September).

A separate strike by station staff next week has been called off. The strike was called because the union and staff – and many passengers – were angered by the threat to close dozens of ticket offices and downgrade others.

The dispute with train guards revolves around a proposed change in their role to onboard supervisors.

The company has promised that the change will not cost any staff their jobs. It said that the move was the result of new trains coming into service, with driver-only operation.

Traditionally, guards have closed the doors but the new trains are configured so that the driver, relying on CCTV, will take over the role.

The union has raised concerns, saying that existing services with driver-only operation are more prone to safety-related incidents. But the practice is widespread across the network and beyond.

He said that he would not be taking a pay rise or bonus this year as a result of the poor operational performance of the company’s train services.

Passengers have held protests, including at Brighton Station, calling for the company to be stripped of its franchise.