The rail strike and a series of road closures deterred thousands of people from heading to Lewes Bonfire from Brighton and Hove yesterday (Saturday 5 November).

The numbers taking part and lining the streets during the bonfire societies’ parades were estimated by Sussex Police to be 30,000 to 40,000.

The force said: “Crowd numbers are usually counted through the train station. However, the strike meant there were no trains into Lewes after midday.” 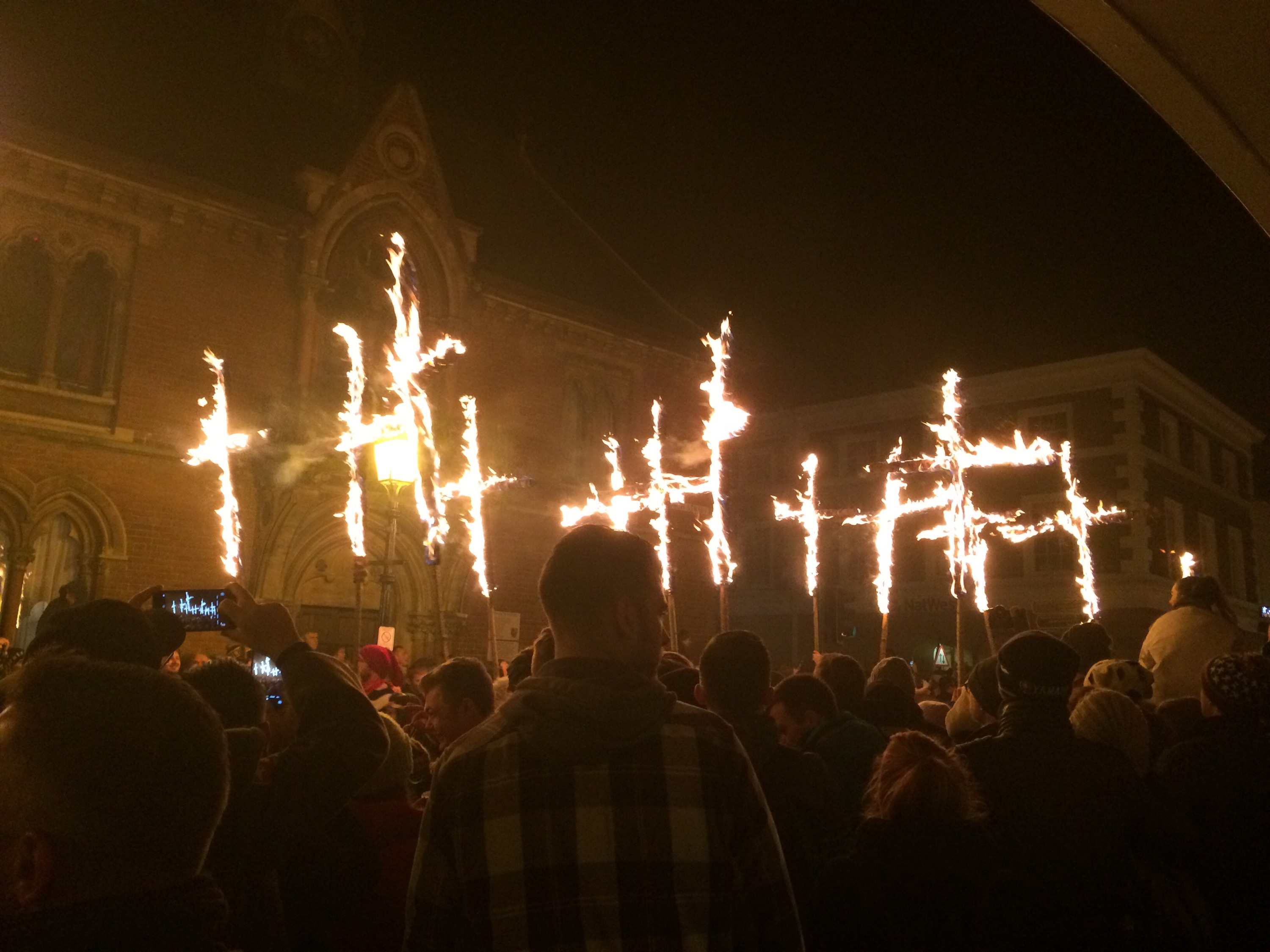 A few trains ran after midnight though, along with a number of buses, helping take crowds of people home.

During the evening 81 people were treated for mostly minor injuries by the St John Ambulance and by the South East Coast Ambulance Service.

By 1.30am police had made a total of two arrests – for having a knife and affray. A number of people were given tickets for throwing fireworks.

Chief Superintendent Neil Honnor said: “This event takes months of preparation, planning and working with our fellow emergency services and partners, as well as the bonfire societies.

“Our aim is always to provide a safe environment for both participants and spectators.

“Lewes was busy as it always is for bonfire night and I am very grateful to all those who worked hard during the evening to ensure that everyone had a safe and enjoyable evening.”

There were concerns about the deployment of armed police on national security grounds, given the heightened threat of terrorism and recent atrocities such as the attack in Nice.