Members of a drugs gang in Brighton and Hove have been jailed after five men and a teenage boy pleaded guilty after being caught by detectives.

All six were sentenced at Brighton Crown Court by Judge Shani Barnes, the honorary recorder of Brighton and Hove.

Two members of the gang, Paul Akinuli and Dean Hughes, both from Brighton, were given suspended prison sentences.

Sussex Police said: “Five men and a teenage boy have been sentenced for their roles in Brighton drug-dealing activity which was smashed by detectives from the Sussex Police Organised Crime Investigation Team at Brighton. 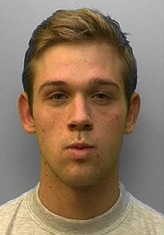 “Darren O’Donnell, 34, of Aspley Court, Crawley, pleaded guilty to supplying crack cocaine and possession of heroin. He was jailed for 20 months.

“Harry Conian, 20, of Lynton Road, London, was sentenced to 30 months’ imprisonment after he pleaded guilty to conspiracy to supply heroin and crack cocaine.

“A 16-year-old boy from London, who cannot be named for legal reasons, was given 18 months’ imprisonment in a youth offenders institution after he admitted conspiracy to supply crack cocaine.

“Paul Akinuli, 49, of Findon Road, Brighton and Dean Hughes, 38, of East Street, Brighton, who were both given 22 months’ imprisonment suspended for two years. 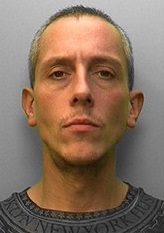 “They were sentenced at Brighton Crown Court on (Friday) 4 November.

“The court heard that the men and the teenager were part of the Telfon network which supplied heroin and crack cocaine over six months in the city between July and December 2015.

“When the 16-year-old and Conian were arrested in Madeira Place, Brighton, on (Thursday) 19 November last year they were found in possession of 116 wraps of crack cocaine and 88 wraps of heroin with a street value of more than £2,000 and £400 cash.

“When police carried out a raid on (Tuesday) 8 December, Akinuli was arrested while making his way to supply heroin and crack cocaine to others.

“Beaumont was also arrested at an address in Brighton and was found to be armed with a machete, knives, drug wraps and cling film.

“The men carried out drug deals across different parts of the city, particularly in Madeira Drive, St James’s Street and Lewes Road. 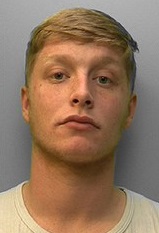 “On (Friday) 24 June another seven men were sentenced to a total of 26 years for their part in a similar heroin and crack cocaine conspiracy, as part of the overall police Operation Cooden. They were known as the ‘Ricky’ group.”

Detective Constable Mark Pinder said: “We are pleased with the outcome and believe that it sends another clear message to drug dealers wishing to peddle death on the streets of Brighton and Hove that they will be caught and brought to justice.

“Operation Cooden was a successful operation that has culminated in more than 50 arrests of heroin dealers in the city in different groupings.

“We worked closely with the Crown Prosecution Service and colleagues in neighbouring forces and also with the support of the South East Regional Organised Crime Unit.

“Judge Barnes said the results were the hallmark of an excellent police operation and all officers involved were to be commended.”