Three senior judges have criticised the decision to jail a 71-year-old grandmother from Brighton in a dispute with social workers over the care of an elderly man with dementia.

At the Court of Appeal the three judges said that the circumstances of the jailing of Teresa Kirk, a retired accountant, from Saltdean, were cause for “significant concern”.

She was jailed for contempt of court for six months in the secretive Court of Protection by Sir Roderick Newton – Mr Justice Newton – at the behest of Devon County Council.

Her release followed inquiries by the Daily Mail and an appeal handled by barrister Colin Challenger, who carried out all the work for no fee. Even her place of incarceration – Bronzefield Prison – had been kept secret.

And she had effectively been jailed because a social worker disagreed about the most suitable place to care for the 81-year-old Portuguese man. She is at least the second woman known to have been jailed in such a dispute although, given the level of secrecy, there may be more.

One of the Court of Appeal judges, Sir James Munby, who is president of the Court of Protection, said: “In circumstances where she should never have been committed at all, Mrs Kirk languished in prison for almost seven weeks before being released.

“How much longer might she have remained there had Mr Challenger not intervened and been so tenacious in his pursuit of her release?”

“A proper system should not permit this to happen. The fact that it did happen here suggests that the systems in place are not adequate.” 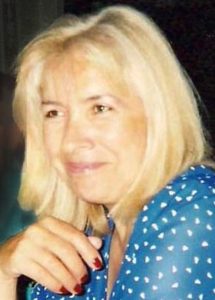 Mr Justice Newton has refused to allow the man’s identity to be published – the pensioner, who comes from the Portuguese island of Madeira, is referred to as M. Nor will the judge allow his relationship to Mrs Kirk to be published either.

Mr Challenger said that Devon County Council was meant to be caring for the 81-year-old man but the council “had left him in conditions of squalor and danger”.

The barrister said: “She removed him to her own home in Brighton where she commenced proper care of him.

“The family are of Portuguese extraction and when ‘M’ was fit to do so she took him on holiday with her to Portugal.

“Devon County Council objected to this and commenced proceedings in the Court of Protection for M’s return to Devon.

“The proceedings became protracted with M, whose dementia had deteriorated, being checked into a Portuguese care home in August 2015 where he remains.”

Mrs Kirk has power of attorney over M’s affairs and the Court of Appeal judges said that she was of good character and had acted out of genuine concern for his welfare.