1) Albion lost to a Premier League team wearing a temporary Championship disguise with a manager who was won the Champions League and coached Real Madrid. There really is no shame in that.

2) Just think, when Rafa Benitez had that European glory, the pitch he is walking in the picture below was just a ploughed field and about a 100ft higher. 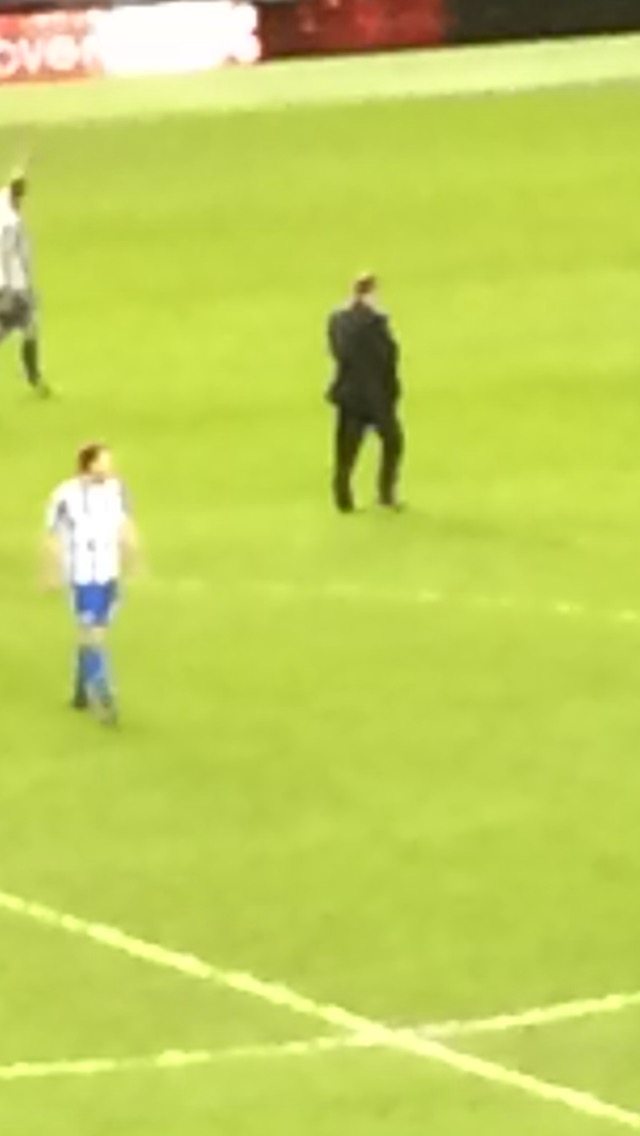 3) Early leavers … Too many for a game of that magnitude. You wouldn’t walk out of the theatre before the curtain came down. Even the leg-weary Glenn Murray appeared to notice last night and was gesturing fans to come back. If you can’t commit to 90-odd minutes, then give your seat to someone who can. That’s our controversial advice.

4) Was the transport pre-match as desperate as many on Twitter and other social media were suggesting? The stadium looked pretty full at 7.46pm when referee Bobby Madley had finished enjoying Ring of Fire and started the match.

5) We saw and had a very brief almost hollered chat with Ant and Dec. But were Alan Shearer, John McCririck and Jimmy Nail really there as well?