Three men forced their way into a property in Hove and threatened those inside during a robbery earlier this week, Sussex Police said this afternoon (Friday 3 March).

The force said: “Detectives are seeking the public’s help to try to identify a man who they want to speak to in relation to a robbery in Hove. 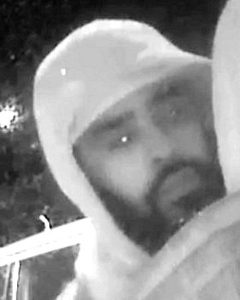 “Between 3.10am and 3.25am on Tuesday (28 February), three men forced the front door of an address in Kingsway, Hove.

“Once inside, they forcefully confined the occupants of the address to their bedrooms while they searched the house for things to steal.”

Detective Constable David Rose said: “This was an extremely frightening ordeal for the homeowners.

“We are trying to identify the man in the CCTV image and are keen to speak to anyone who may recognise him.” 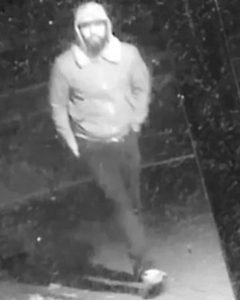 Anyone who was in the area at the time and saw anything suspicious is asked to phone Sussex Police on 101 or report what they saw online at https://sussex.police.uk/contact-us/response-to-appeal quoting serial 87 of 28/02.

Alternatively witnesses or anyone with information, including about the suspect’s identity, can contact Crimestoppers anonymously on 0800 555111 or at https://crimestoppers-uk.org.