An area of central Brighton dubbed the city’s last free car park is to get a residents parking scheme after residents voted yes. 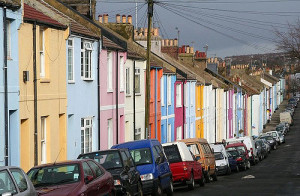 Most of Hanover and roads to the north of the bottom of Elm Grove, from Wellington Street down, will now be covered by a heavy touch Monday to Sunday scheme running from 9am to 8pm, subject to councillors approving the plans next Tuesday.

Despite voting no, the ‘top triangle’ roads in Hanover and the Pankhurst estate will be included in a light touch scheme, which also includes roads to the north of the top of Elm Grove from Bonchurch Road up, running Monday to Sunday from 11am to noon and 6pm – 7pm.

Craven Vale will get its own heavy touch scheme along the same lines as Hanover’s.

In Hanover and Elm Grove, six out of ten of the 36% of households who responded were in favour of the scheme, with 52.3% plumping for a full scheme.

This was despite the number of spaces being halved in many narrow Hanover roads, after the fire service said it needed a carriageway width of 3.1metres to ensure it can get its engines down the streets. 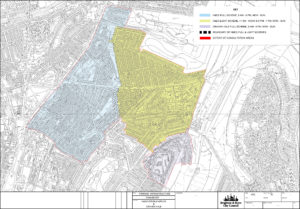 Committee chair Cllr Gill Mitchell said: “Hanover and Elm Grove is suffering artificially high demand for parking because it is surrounded by other residents’ parking zones. A parking scheme would give these streets back to the residents and make the area much more pleasant.”

The report, which goes before Brighton and Hove City Council’s environment and transport committee next Tuesday, said: “It is recognised that some roads voted against the proposals or a different type of parking scheme but to ensure a parking scheme has a geographically viable boundary and due to concerns regarding vehicle displacement it is proposed to proceed with the whole area.

“Officers are recommending a Monday to Sunday scheme as there are concerns that if this was a Monday to Friday scheme it could lead to significant displacement at weekends as other schemes nearby including the proposal South of Elm Grove and for the streets in the North West Section are seven days.

“Council officers are also mindful of previous experience from a number of other parking schemes where areas not considered for a resident parking scheme have then come forward with serious concerns about vehicle displacement and the need for a parking scheme consultation.

“There is also the consideration that 59.9% of respondents across the whole area were in favour of a Residents’ Parking Scheme.”

The full breakdown of consultation responses street by street can be found here.

If approved at committee it is expected the new measures will be implemented in the autumn.

Meanwhile an initial consultation in the West Hove Area has shown 67 per cent of residents in favour of a scheme. Of those, over three quarters wanted a light touch scheme – restricting non-residents’ parking for two short periods a day. A second report to the committee recommends pressing ahead with a detailed consultation on how the scheme would be laid out, street-by-street. This is expected to take place from April 28 for five weeks.

Although just over half of residents favoured a Monday to Friday scheme for West Hove, council officers are recommending all-week restrictions. This would avoid displacement at weekends from seven-day schemes surrounding the area. Residents can express a view on this during the next consultation.