Albion convincingly overcame Derby to consolidate their place in the Championship top two.

Liam Rosenior playing his first home game since August and showed how effective he is at getting forward as he almost sent Glenn Murray away.

Rosenior gave the Amex faithful a look at what they have been missing for the majority of the season.

Albion were in command. Lewis Dunk headed just over from a Knockaert corner.

The Seagulls had plenty of chances with Sam Baldock and Murray both having good efforts.

But it was not until the half was drawing to a close that the Seagulls saw their dominance fully pay off. As Jiri Skalak and Bruno Saltor stroked the ball around it fell for Baldock. He completed a swift one-two with Murray and, with a slight intervention from a Derby leg, it was Baldock who doubled Albion’s lead almost right on half time.

Derby introduced Will Hughes in the second half and the visitors began to look a little more interested. But well past the hour mark David Stockdale still hadn’t got his gloves dirty.

County’s first real and clearest chance fell to the well travelled Matej Vydra. His header clipped the outside of the post.

Bruno looked like he had damaged his groin so the skipper went off to be replaced by Fikayo Tomori.

Albion wrapped it up as Knockaert broke free on the left and fired in a cross that Murray swept home for his 18th goal of the season. 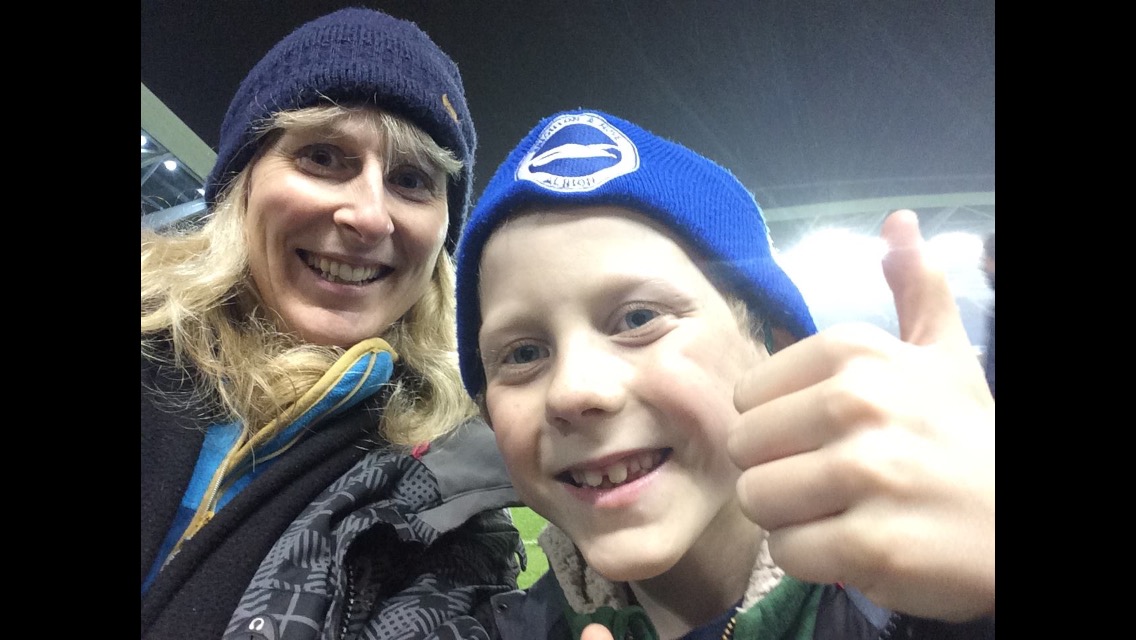 Albion fans Kerry and Charlie Taylor, from Brighton, give a big thumbs up to the Seagulls promotion chances

Albion move nine points clear of Huddersfield Town although they have two games in hand. The first is tomorrow (Saturday 11 March) at Brentford while the other is not until Tuesday 25 April when they visit Wolves.

Albion next play at Leeds United in a 5.30pm kick off a week tomorrow (Saturday 18 March).