Brighton music student Clara Hurtado’s run on The Voice came to an end last night (Saturday 11 March) but after leaving the show she tweeted: “This is just the start.” 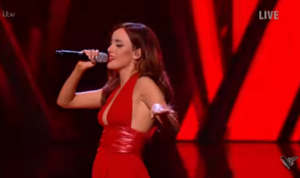 The 20-year-old, a former student at BIMM (British and Irish Modern Music Institute), in Hove, performed Alarm, a single from last year by Anne-Marie.

But it wasn’t enough for her to become one of the three performers from last night to go through to the quarter-finals of the ITV talent show.

The public voted through two acts, Jason Jones and Michelle John, with Clara’s mentor on the programme, Will.i.am, picking another singer, Tanya Lacey, after minutes of what looked like agonising indecision.

Clara, who originally comes from the Spanish capital Madrid, thanked everyone who voted for her and supported her while congratulating her three successful rivals.

This is just the start