A young man from Brighton has been jailed for driving a stolen car – and spent his 21st birthday in prison awaiting trial. 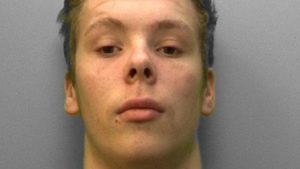 Jake Hall, 21, was sent down for 20 months in total by Judge Christine Laing at Hove Crown Court after he admitted three offences which he committed on Monday 20 February.

Hall, formerly of Widdicombe Way, Mouslecoomb, was caught at the wheel of a stolen silver Volkswagen Polo in London Road, Brighton.

The court was told: “After the vehicle was unlawfully taken and before it was recovered, damage was caused to the vehicle.”

Hall, who gave his address as Mason Road, Crawley, when he appeared before Brighton magistrates the day after his arrest, also pleaded guilty to driving while disqualified and without insurance.

In 2014 he was sent to a young offender institution for six weeks and given a one-year driving ban after he admitted stealing a Skoda.

In December 2015 he was jailed for six months after pleading guilty to his role in an East Brighton gang which stole cars in Brighton and Hove and the surrounding area.

Man to stand trial charged with raping woman in Brighton