A whistleblowing champion urged Brighton hospital bosses to provide support for staff who speak out.

Caroline Owens has spent almost three months as the freedom to speak up guardian at Brighton and Sussex University Hospitals NHS Trust. The trust runs the Royal Sussex County Hospital in Brighton.

She joined the hospital trust from Waitrose supermarkets owner John Lewis where she helped give the 92,000 staff a voice.

This morning (Thursday 30 March) she told the hospital trust board: “I have to be a bit like the grit in the oyster. There’s a pearl to be had at the end of this.”

Her role was created in response to the Francis report on the scandal in the NHS in Mid Staffordshire where hundreds of patients died as a result of poor care.

And longer-serving staff at the Brighton trust still remember the harsh treatment of whistleblowing nurse Margaret Haywood, who filmed poor treatment at the Royal Sussex for the BBC TV programme Panorama.

Caroline Owens spoke about her early conversations with hundreds of staff at the trust and said that she had met many amazing people with integrity and desire to do the right thing.

Some had issues with trust in the hospital trust and with management capability and leadership from the top of the organisation. 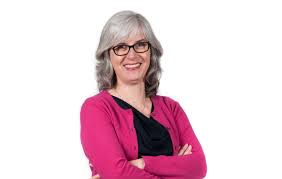 She urged the board to support actively those who speak up or who investigate concerns and to ensure that they are given proper feedback.

And she asked the board to get involved in opportunities to listen to what staff are saying and take appropriate action.

Interim chairman Tony Kildare said that the board had been putting in many more hours to meet and listen to staff.

The trust said: “Caroline Owens … will work alongside trust leadership teams to support BSUH in becoming a more open and transparent place to work, where all staff are actively encouraged and enabled to speak up safely.

“Prior to joining BSUH, Caroline had a long and varied career with the John Lewis Partnership which included working in a strategic role dedicated to bringing the voice of employees and independent insight into senior leadership.

“Caroline is working closely with management and meeting as many staff as possible to understand how the role can best add value and support the trust.”