1) The Seagulls have played in the FA Cup Final at Wembley. Didn’t expect that, did you? One week after the club’s last top-tier match the Albion played at the now rebuilt national stadium on Saturday 21 May 1983, drawing the first match 2-2 with Manchester United and losing the replay 4-0 five days later. Officially it was Albion’s last match as an old Division 1 club. Oh Gordon! 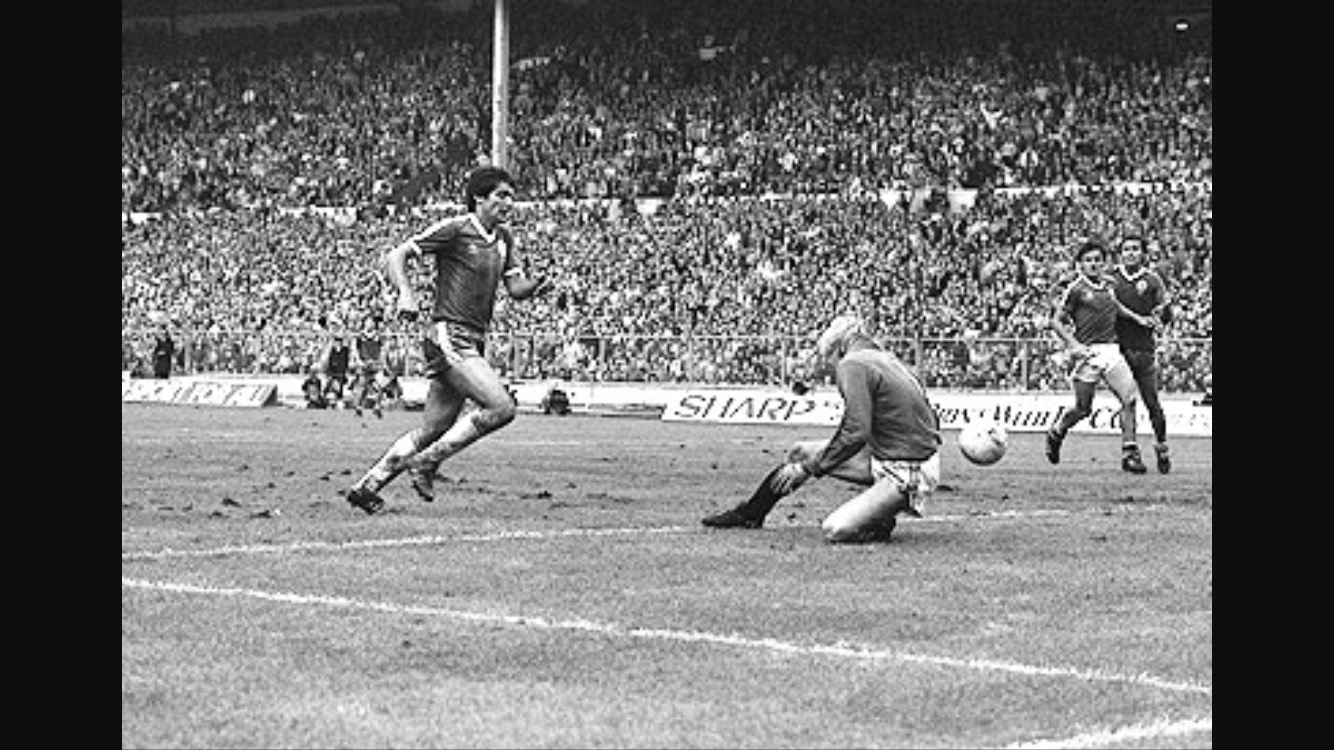 5) Albion were relegated back to the third tier in 1987 after a disastrous season which saw returning legendary manager Alan Mullery sacked after just five months and replacement Barry Lloyd steering the club to its lowest finish since 1977.

6) The great storm of October 1987 didn’t stop the Seagulls. Only 36 hours after many parts of Brighton and Hove were damaged by winds which topped 100mph, Albion drew 0-0 at home to Preston North End.

7) On Saturday 15 April 1989 Albion lost 0-1 in Yorkshire against Leeds United. A few miles away in Sheffield 96 Liverpool fans were unlawfully killed in a crush on the terraces at Hillsborough. Twenty eight years on, we remember them. #96

8) In February 1990, back in the second tier, the Seagulls signed a Russian international called Sergei Gotsmanov. He caused quite a stir, scoring four goals in 16 appearances, and was clearly far more technically gifted than most 2nd Division players. Alas he joined Southampton the next season, playing just eight times before heading to Germany.

9) In 1991, despite being cash-strapped, the Seagulls secured the signings of John Byrne and Mike Small. Both terrorised defences throughout the season. Arguably, Albion got the nearest to the promised land so far, losing in the Division 2 play-off final to Notts County at Wembley in the season before the start of the Premier League.

10) A new broom swept into the Albion in 1993 as one of the directors Greg Stanley brought on board his business colleague Bill Archer. The pair refinanced the club by buying 100 per cent of the shares. Archer, with 56.25 per cent, held the is controlling interest. Then pair installed former Eastbourne MP David Bellotti as chief executive. Then in December 1993 Liam Brady became first team manager as a new exciting period began for the club. You’d think.

11) By mid 1995 the club were in turmoil. Worthing’s celebrity funeral director Ian Hart was one of the first to break the news that the Goldstone Ground had been sold for £7 million – apparently to pay off the club’s debts. Bellotti announced that the club would vacate the stadium in June 1996 and ground share at Fratton Park with Portsmouth despite the Football League and FA making statements to the contrary.

12) A pitch invasion during what was assumed to be the last ever match at the Goldstone, against York City, in April 1996, caused the game to be abandoned. However, the incident gained worldwide media coverage. As a result, a consortium announced by now former manager Liam Brady and led by local businessman Dick Knight announced its interest in the club. Brady held a public meeting in Hove Park the day after the York match. The club’s current owners agreed to pay £400,000 for one more year at the Goldstone.

13) By November 1996 the club were bottom of the entire football league and faced relegation and non-league football, with no stadium and a board seemingly intent on asset stripping. The three Pauls – Bracchi, Samrah and the late Paul Whelch – all discovered the 92-year-old “non profit” clause had been removed from the club’s articles of association. This clause ensured no one individual would profit from the sale of the Goldstone. After FA intervention the clause was reinstated. Archer, Stanley and Bellotti almost humorously describing it as an oversight.

14) By April 1997 the club were still bottom of the entire football league and had a very uncertain future. Dick Knight’s consortium finally took over after months of negotiation, a few days before the last ever match at the Goldstone when Albion beat Doncaster Rovers 1-0. Stuart Storer’s goal and results elsewhere saw Albion off the foot of the table and needing one point from their last match of the season which was away at now bottom of the league Hereford United. The Seagulls survived thanks to a second-half equaliser from substitute Robbie Reinelt. The club still had to suffer the anxiety of a Football League extraordinary general meeting (EGM) at which it was proposed to expel them over failure to lodge a £500,000 bond to idemnify against failure to fulfil fixtures. Archer and Bellotti were at fault for not complying with the Football League rule before Dick Knight’s takeover. The club received the votes required to remain in the League.

15) The Seagulls ground shared 70 miles away at Gillingham between August 1997 and May 1999. It was a dark period for sport in Brighton and Hove, with no professional football locally for the first time in over 90 years, Brighton racecourse in disrepair and given minimal fixtures and the Greyhound Stadium under threat of redevelopment. However, in August 1999 Albion returned with a move to Withdean athletics stadium. This was arguably, by one measure, the most successful period in the club’s history. From 2001 to 2011 the Seagulls won three League championships and four promotions. Albion also suffered two relagations – one in 2003, the same year the West Pier mysteriously burnt down.

16) Dick Knight’s board had identified Falmer as the best and most likely site for a new stadium as far back as 1998. The council owned the land and gave its backing for redevelopment. However, local residents ensured a ten-year planning battle ensued. Permission was finally given by Hazel Blears in July 2007 after several false starts. The Cuttress family, as Falmer Parish Council members, were vehemently against the stadium. They were also the owners of Forfars the bakers. Many Albion fans boycotted the firm. In 2015 after reporting big losses, Forfars was forced to shut down.

17) In 2009 new chairman Tony Bloom appointed former Chelsea player Gus Poyet as Albion manager. After a shaky start the Albion won League One with four games to spare in 2011, ensuring the club would start life at Falmer in the Championship. During this period the first Brighton Marathon was run – a gruelling 26.2 miles from Preston Park to Madeira Drive via Ovingdean and Southwick.

18) Under Poyet Albion won their first match at the newly named American Express Community Stadium against their last opponents at the Goldstone 14 years earlier, beating Doncaster 2-1 on Saturday 6 August 2011.

19) Poyet was sacked in a stage-managed live BBC TV Football show after leading the Albion to a play-off semi-final loss to arch-rivals Crystal Palace.

20) After the departure of managers Oscar Garcia and ex-Liverpool defender Sami Hyypia, Bloom turned to Chris Hughton. Albion were 22nd in the Championship when Hughton joined on New Year’s Eve 2014. Today two and a half years later and twenty years on from being 72nd, they are currently in 1st place in the Football League.

Just one win or three points from football paradise.