Brighton schoolgirl, 6, left with serious injuries after being hit by school trip coach by Mazda Fountain

A six-year-old girl was seriously injured after she was hit by a coach carrying children on a school trip by the Mazda Fountain this morning. 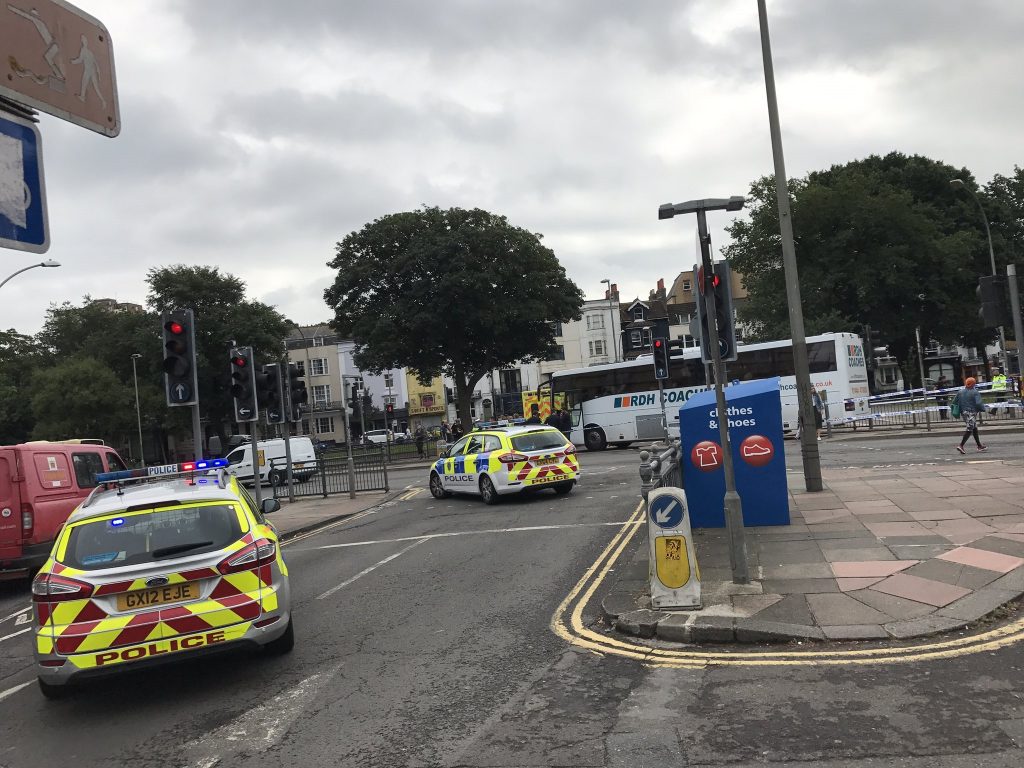 The Brighton girl, who is understood to have been with her mother, was hit shortly after 9am this morning. Marlborough Place is closed while emergency services are working there.

Brighton and Hove News understands the children on board the coach were from a Brighton school.

A police spokesman said: “At 9.07am on Thursday (29 June), police were called to Marlborough Place, Brighton, after a coach collided with two pedestrians.

“The incident occurred close to the King and Queen public house.

“The pedestrians involved were a woman from Brighton, who was uninjured, and her six-year-old daughter, who was taken to Royal Sussex County Hospital with serious injuries.

“A section of the road was partially closed until about 11.30am while the scene was secured.

“Alternative transport was arranged for the occupants of the coach, which was being used for a school trip. No one on the coach was injured.

“Anyone who saw what happened is asked to email collision.appeal@sussex.pnn.police.uk or phone 101, quoting Operation Wilderness.”

A spokesman for South East Coast Ambulance service said: “SECAmb was called shortly after 9am today to reports a child had been hit by a coach on Marlborough Place, Brighton.

“Ambulance crews including a critical care paramedic and air ambulance service attended the scene. The child was treated before being taken to Royal Sussex County Hospital in Brighton by road with serious injuries.”

The coach company, Haywards Heath-based RDH, said it was not in a position to comment at this stage.