Witnesses to the fatal crash in Brighton early today are being sought by the Independent Police Complaints Commission (IPCC).

The man – a pedestrian – died after he was hit by a Sussex Police car in Devonshire Place, Brighton, at about 12.50am today (Friday 25 August). 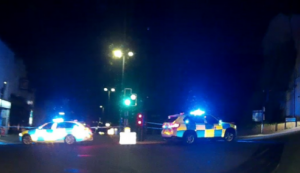 It is not clear whether the driver or the pedestrian was at fault and this is one aspect of the incident that the police watchdog will investigate.

Superintendent Paul Betts said: “This is a tragic incident where a pedestrian was hit in Devonshire Place, Kemp Town, by a police car responding to an emergency.

“The collision happened at about 12.50am and the officers immediately called for assistance and performed first aid but sadly the man died.

“We have spoken with his family to whom I offer my deepest sympathies for this tragic incident.

“The IPCC is carrying out an independent investigation which we will fully support.

“As a result we will not be able to comment further on the investigation.”