Kiwi’s Fazerdaze fly back to Brighton for successful headlining gig 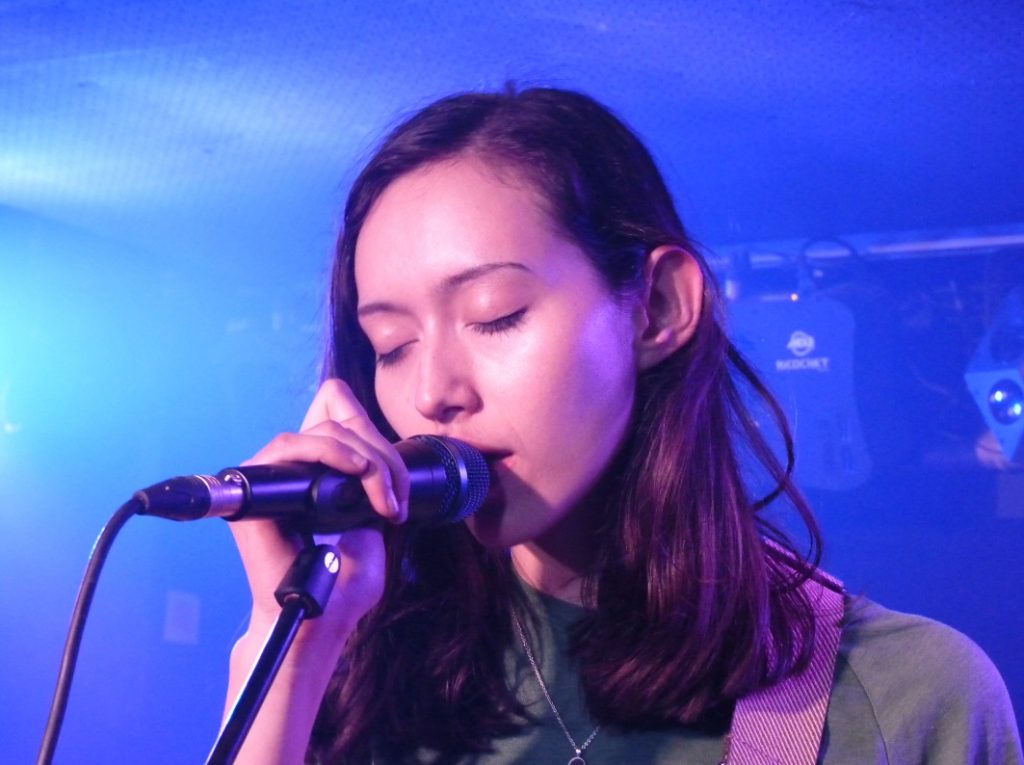 I was fortunate enough to have seen Faderdaze perform in the Queens Hotel in Brighton on the 18th May as part of this years Great Escape festival, so I knew what to expect.

The support acts for tonight were Brighton duo and Post-Heather and the North London based duo IDER. 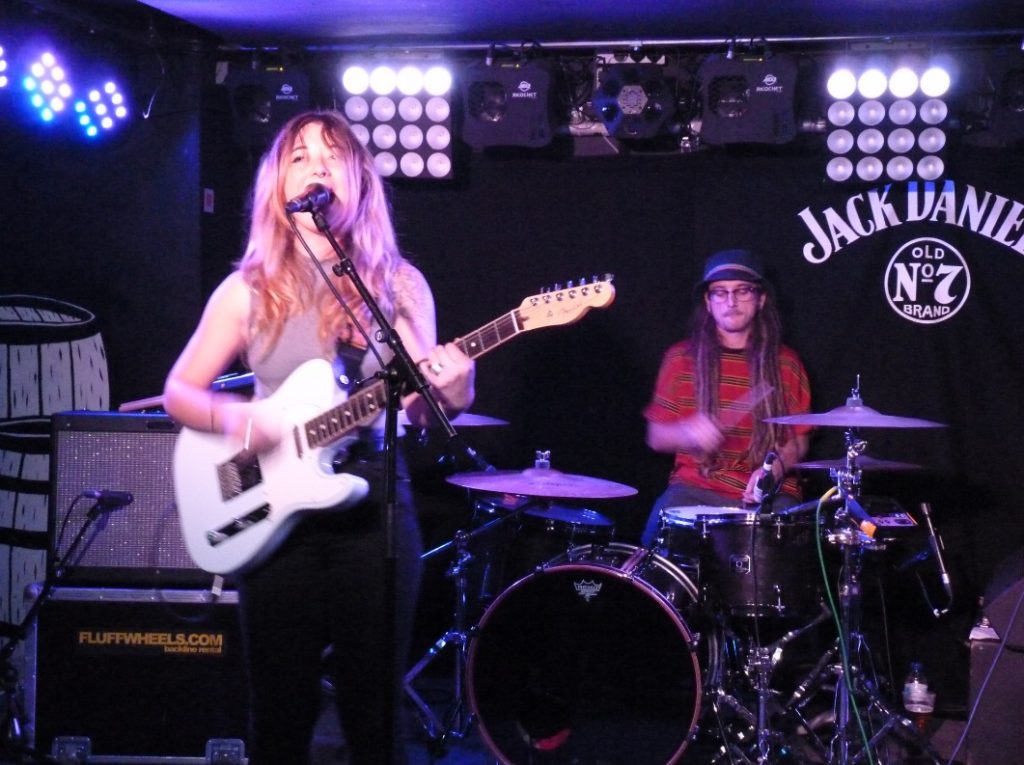 Post-Heather began in 2015 as a result of two best friends having a jam above LazerZone in Brighton. Heather Sheret and Jack Watkins (who’s diverse influences include PJ Harvey, The Black Keys, My Bloody Valentine, Velvet Underground, Mazzy Star, Pond and Gorillaz) create a wide sound packed with charismatic punch and conjure melodies reminiscent of 60s psychedelia, coupled with shoegaze. Tonight’s crowd seemed to appreciate what the duo were up to. For more information on Post-Heather, click here: http://postheather.co.uk/ 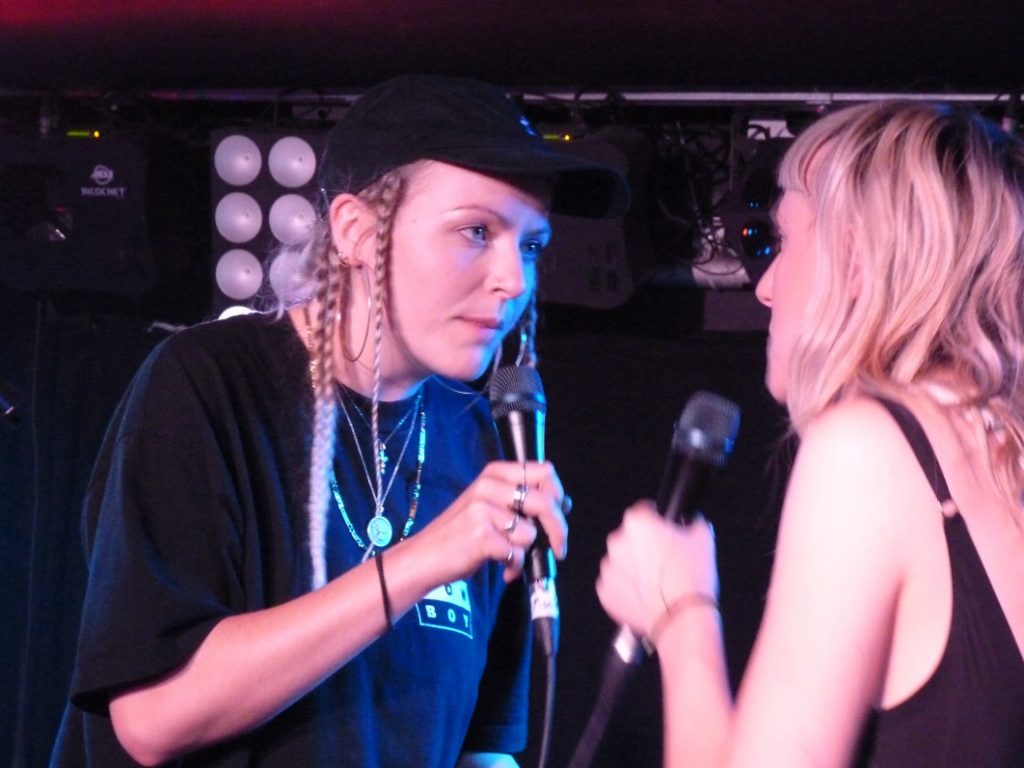 IDER formed in 2015 and are two friends Megan Markwick and Lily Somerville. They are best described as a blend of delicate electronics and soaring pop. Interestingly enough IDER also played this years Great Escape festival and released their charmingly titled debut 4 track EP Gut Me Like An Animal (which actually sounds as far away from the title as you can imagine) and now have recently released the inspiring track ‘Learn To Let Go’, which is available from the usual download outlets including iTunes and GooglePlay.

Tonight the girls were in perfect harmony together and I really mean perfect. They stared at each other at times and just uttered the words in synch and this time Lily was allowed to swear on one of their songs! They were off the back of a BBC session and were told not to swear on their cover version track. Megan was able to miss the word out, but Lily couldn’t resist it and so alas the track could not be broadcast. That aside, the girls set was very polished and I wouldn’t mind betting that the girls career will go much further.

To hear what IDER sounded like at The Great Escape, visit: www.youtube.com/watch?v=4q4ZBOmn_fQ and to discover more about them, click here: https://www.weareider.com/ 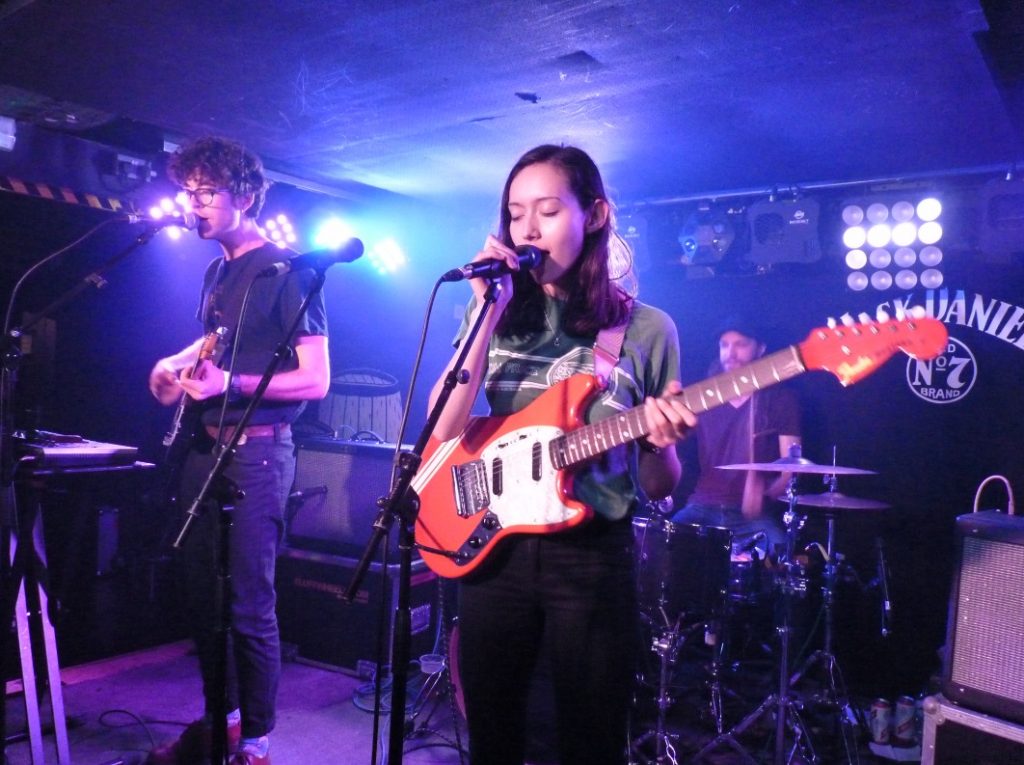 After a short turnaround, it was the turn of Fazerdaze, who is basically an indie songwriter named Amelia, who was raised in Wellington, New Zealand and attended the University of Auckland, where she began releasing her lackadaisical, echo-bathed pop songs under the name Fazerdaze in October 2014, with her eponymous debut six song extended play. The EP quickly took flight, receiving critical acclaim from blogs and publications around the globe. It was referred to as a succinct collection of intimate, beautifully produced dream-pop written, produced and performed by Murray. It’s a significant first outing for the young New Zealander with layers of softly crunching guitars swirling over consistently driving drum machines and sparse electronica.

Mojo said: ‘A fuzzed-up Pixies-worthy melodic high’. Paste Magazine went into more depth by stating: ‘This bedroom project shakes with a gentle reverb and the snapping beats and upbeat percussion she programs using a drum machine. What connects Murray to her peers in Look Blue Go Purple are the similarly earnest lyrics, psychedelic dreaminess and low key production quality made modern with synths and other electronic touches’.

After several completely solo shows performed with backing tracks, Murray met a slew of local musicians and began filling out her sets with auxiliary players, eventually landing on a permanent line-up of herself playing guitar and singing, Mark Perkins on guitar and synthesizer, Benjamin Locke on bass, and Elliot Francis on drums. 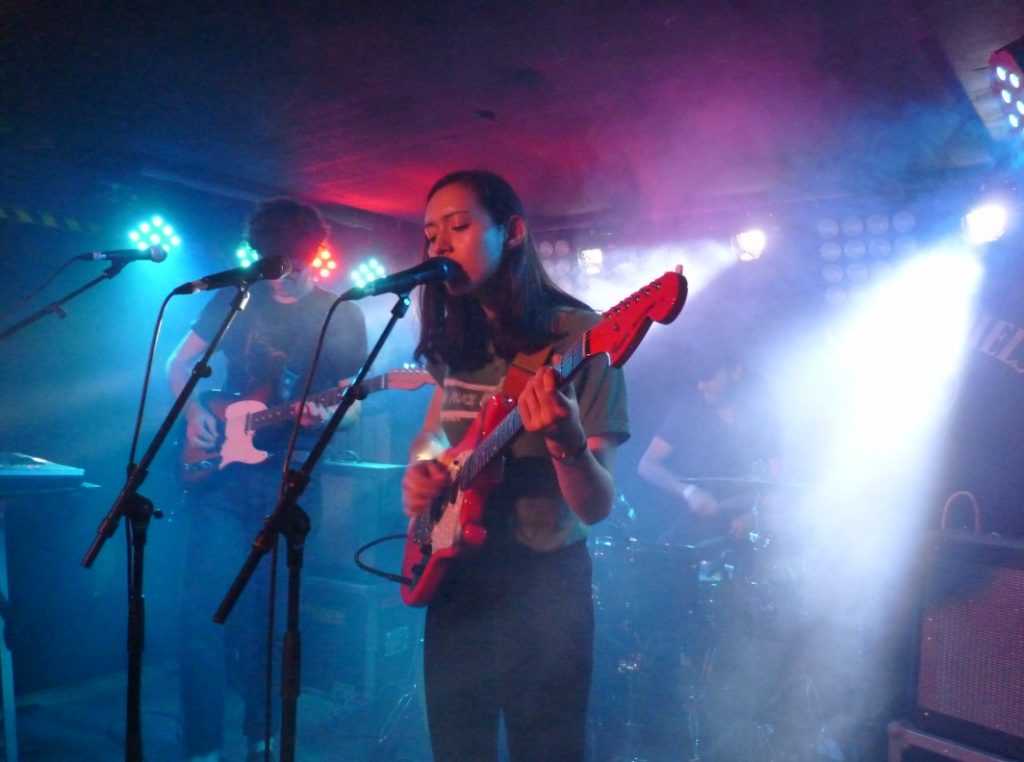 The superb song ‘Little Uneasy’ was unleashed in December 2015 and in February this year, came the even better ‘Lucky Girl’ release and hot on its heels a month later ‘Take It Slow’ appeared. On 5th May 2017, Fazerdaze’s 10 track debut LP, ‘Morningside’, was released on the legendary Kiwi pop label Flying Nun and so tonight they were in Brighton to promote the album.

I have to honestly say that Amelia is certainly growing in confidence and now comes over as a less shy person. Tonight the sounded much better than they did during the Great Escape and they went down really well with the mixed age crowd, especially a young chap called Richard that flew over from Dublin especially to see them – It was his first ever gig – Great choice sir!. They come across as such a genuine nice bunch of guys. The warmth just oozed from them all the way through their 14 song set. To me the highlights of the set were ‘Jennifer’ (which sounds not too unlike ‘Femme Fatale’ meets ‘Trees and Flowers’ by Strawberry Switchblade), the uptempo ‘Lucky Girl’ and ‘Little Uneasy’. I was so impressed that I purchased a ‘Morningside’ CD and would definitely go and see them perform again!