Uber’s Brighton licence renewed – but only for six months

Brighton and Hove City Council has extended Uber’s licence to operate a taxi service in the city – but only for a further six months while it monitors the implications of the loss of its London licence. 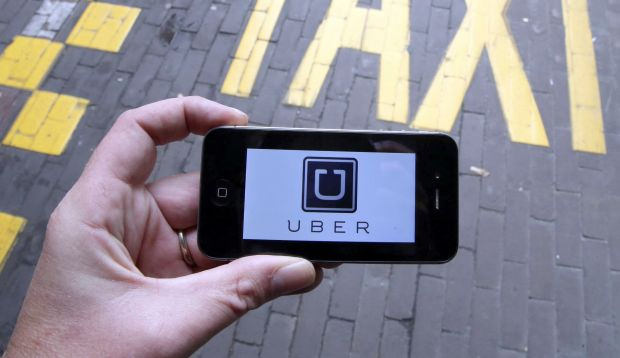 The decision on the length of the extension, which was made yesterday by licensing officers, was taken to allow the council to monitor the outcome of the Transport for London Uber decision, and consider whether any of the information arising from the case had direct implications for the operation in the city.

It also allows the council more time to negotiate with Uber about a number of proposed conditions for operating in the city.

The taxi hailing app’s operating licence in London was not renewed in September after Transport for London said it showed “a lack of corporate responsibility in relation to a number of issues which have potential public safety and security implications”.

These including driver security checks, dealing with serious complaints and the possible use of software which bars public officials from using the app to monitor how the company complies the licence.

Brighton and Hove taxi drivers had urged the city council not to renew the lift-sharing company’s licence here either, partly on the basis it is breaking a verbal assurance made at the original licence hearing to use only drivers licensed in the city.

A council spokesman said: “In making this week’s decision, council officers studied reports and written submissions from interested parties. While there was no evidence to suggest that public safety had been compromised, there are a number of concerns and Uber are working with the council to address these and reassure residents and visitors about their safety.

“Under national law, licensed drivers can operate anywhere in the country, so drivers licensed elsewhere are allowed to operate in the city. Many authorities have fewer conditions attached to their licensing than is the case here.

“When licensing operators, Brighton and Hove City Council work with them to maintain and enhance standards of safety, which includes trying to ensure that drivers not licensed locally can be as accountable as possible.

“We’re working with Uber to ensure safety standards are maintained and address the challenges brought about by technological changes.

“All Brighton and Hove private hire and Hackney Carriage drivers in the city operate under the same licences and the same guidelines contained in the Blue Book, whichever company they drive for. Likewise, all drivers undergo the same background checks.

“Following the council’s standard procedure for renewing taxi operators’ license renewals, the decision was taken by officers under delegated authority.

“A decision on the process to look at the licence at the end of this six-month period will be taken in the new year.”

“We made a point of ensuring the council asked Uber specific questions as shown in the Local Government Association Handbook that the council is a member of.

“These specific questions were also supplied by the GMB to the council to ask Uber and were used by Reading and North Tyneside Councils where Uber walked away.

“However as far as we can see at the moment these questions were not included in the renewal application process and we have asked for an explanation of this.

“The council has stated that certain conditions have been put in place and these appear to have come from Uber itself but we need to confirm this.

“However those condition are unsatisfactory and we have already addressed this to the council.

“Many authorities have fewer conditions attached to their licensing than is the case here.

“Lastly this has never been about competition it has simply been about a level playing field working on equal conditions and high standards.”

Councillor Lynda Hyde, the Conservatives’ lead member for licensing, was one of three councillors present as an observer when officers, advised by lawyers, reached their decision.

She said: “I wanted the decision to be made at a public meeting, not behind closed doors.

“The consensus seems to be coming round to my view that the next decision should be made openly and transparently in public.”

Much has changed since the council settled on its current process for licensing taxis and private hire drivers, vehicles and operators, including national laws and the entry of app-based operators into the market.

Some councillors believe in the light of those changes that it is appropriate to take a fresh look at when decisions should be taken by elected councillors and when they should be delegated to officials.

The initial decision to grant Uber a licence was taken in public by a licensing panel made up of three councillors.

The decision to renew Uber’s licence was taken by officials with lawyers in attendance and was observed by Councillor Hyde, the Greens lead member for licensing, Councillor Lizzie Deane and Jackie O’Quinn, the Labour councillor who chairs the Licensing Committee.