A project which saw 150 tonnes of unwanted office equipment re-used and given a new lease of life has achieved international recognition. 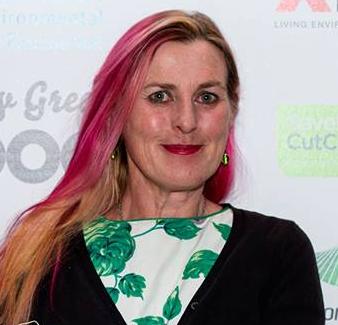 Brighton and Hove City Council was shortlisted in the prestigious EUROCITIES awards for its pioneering Office Re-use Project, along with Antwerp and the winning city Gothenburg.

The awards recognise outstanding activities or practices which improve the quality of life for citizens.

The City Reuse Project began in 2016, when a thousand Brighton and Hove City Council staff left their former home at King’s House moving to refurbished, modern and sustainable offices at Hove Town Hall.

Cat was tasked with an enormous project, to clear 100,000 square feet of office space and work with local organisations, community groups, businesses and charities to redistribute and reuse thousands of items – from office furniture to the contents of a commercial kitchen!

The City Reuse Project supported more than 300 charities and community groups, 50 schools and even the Royal Sussex County Hospital. It has also resulted in some truly innovative and inspiring transformations – filing cabinets were turned into planters, in trays became sunglasses and a ceiling was created entirely from ring-binders!

Councillor Saoirse Horan, deputy chair of Brighton and Hove City Council’s environment committee, said: “When we made the decision to leave Kings House and move around 1,000 staff to smaller premises we were committed to disposing of any unwanted furniture and equipment sustainably and ethically.

“Therefore we are delighted that, after working with Cat Fletcher and Freegle, more than 150 tonnes of unwanted goods, from desks and chairs to in-trays to ring binders, have been reused and given a new lease of life.

“We are extremely proud that local residents, universities, schools, hospitals, businesses charities and third sector organisations have all benefited from our innovative reuse project and we hope other business and local authorities will be encouraged to follow our lead with similar schemes.”

Cat added: “There was an ambition to change how unwanted goods are viewed so they are kept in circulation, and to change behaviour to reduce paper use and office space so costs and carbon emissions were cut.”

The project was part of the council’s Workstyles office modernisation programme. This rigorous reuse system for furniture and equipment avoids the financial and environmental costs of disposal, brings about changes in working and purchasing habits and benefits local and international organisations and community groups.