A fire which engulfed a car in Brighton last night generated so much heat the vehicle has melted into the tarmac. 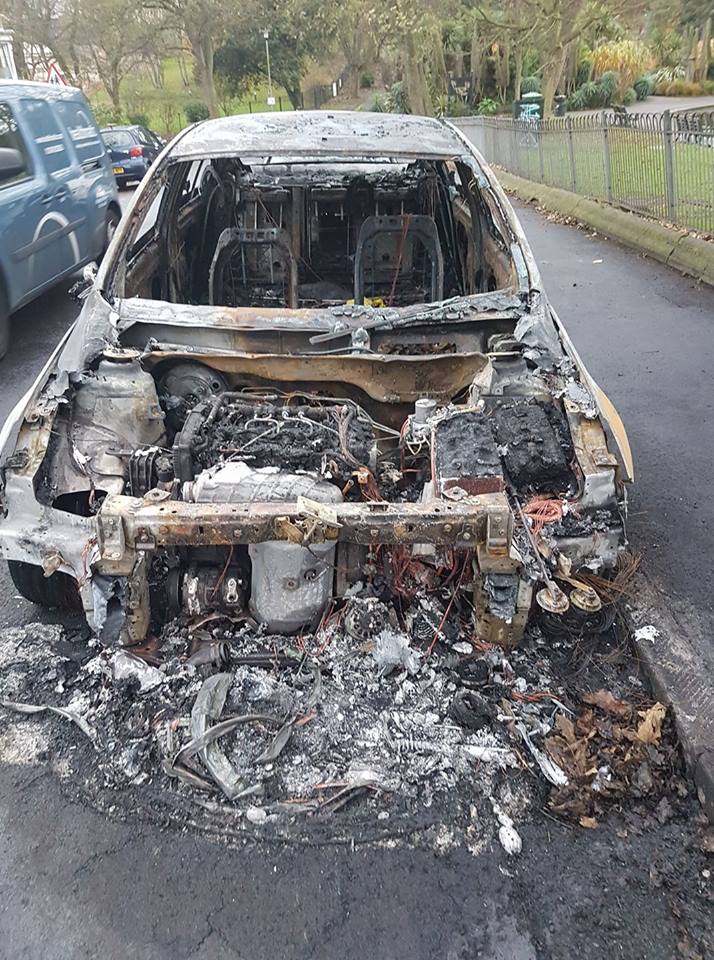 Firefighters were called to the blaze in South Avenue, by Queen’s Park, last night at 1.50am.

A parking ticket machine nearby was also slightly melted from the heat of the flames.

Sussex Police said the incident was only reported to them shortly before midday today, and they had no reason to think it was suspicious.

A council spokeswoman said: “We’re now dealing with the abandoned vehicle recovery alongside the parking meter and highway maintenance issues.”