Detectives investigating a string of thefts from vans in Patcham are appealing for anyone with information about a silver Mondeo seen acting suspiciously in the area. 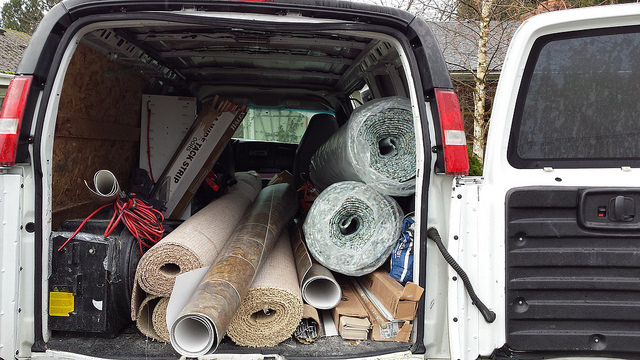 Stock image of tools in van, by Wonderland on Flickr

During October there had been a spate of tools being stolen from work vans in the neighbourhood and officers attended a meeting held by concerned residents.

Since November 10, there has been one report of a theft from a van on November 23 and one attempted theft on November 22 in the Patcham area of Brighton.

Sergeant James Ward said: “I am really pleased with the work that has been done in Patcham as there has been a drop in the spate we were seeing. We’ve spoken to a lot of residents during this time and their reaction has been really positive.

“We have continued our daily patrols in the area and during our activity, it has been reported to us that a silver or grey Ford Mondeo has been seen acting suspiciously in the area. We are asking people to keep an eye out and let us know if they see anything suspicious.

“We are linking all of them and are still investigating them as a series.”