Plans for 800-home estate in Hove go on show today 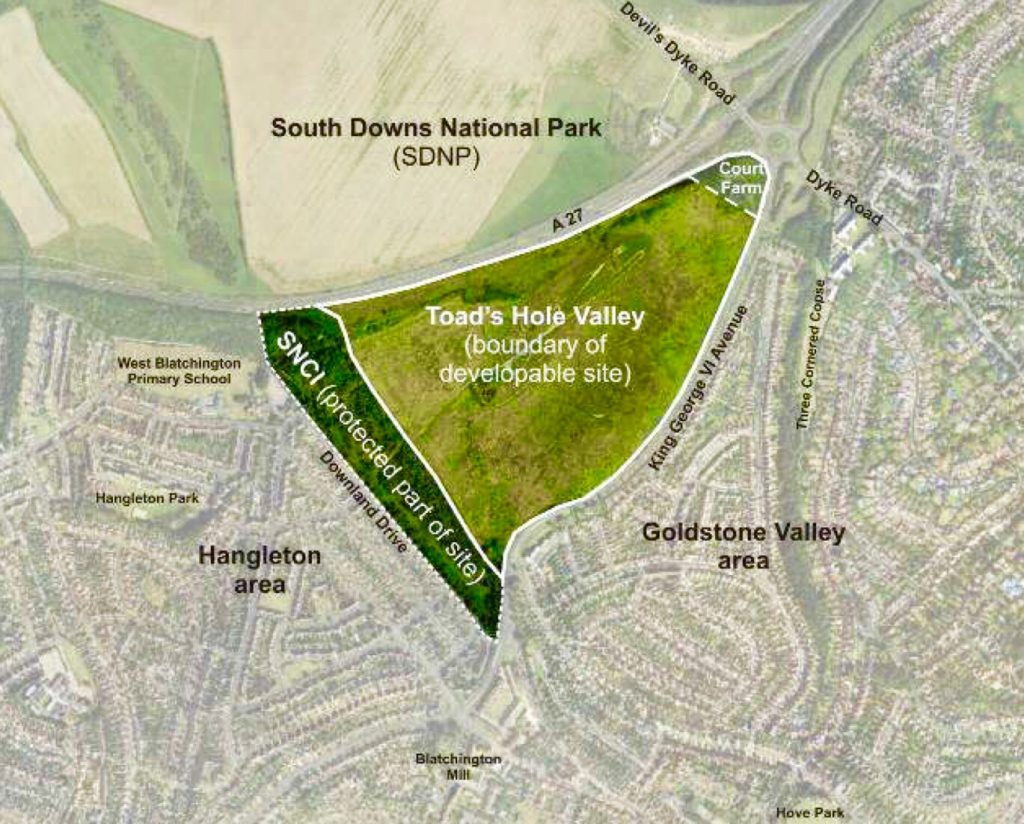 The proposals are to build 825 homes in Toad’s Hole Valley, the largest undeveloped site in Brighton and Hove.

More than 2,000 people are expected to live on the 91-acre site – a triangular plot between the A27 Brighton bypass and the A2038 King George VI Avenue, known locally as Snakey Hill.

There is a protected wildlife site on the steep slope immediately to the west, below Downland Drive in the West Blatchington area of Hangleton.

The landowners, the Cook family, are working with land promoter St Congar and community consultation specialist Curtin and Co to prepare plans and consult the public.

They are inviting people’s views on a dedicated website www.toadsholevalley.co.uk.

The planning consultants Enplan have worked with the Cook family for some years. The architects are DLA (David Lock Associates).

The plans are on show today at St Peter’s Church Hall, in Hangleton Road, from 10am to 2pm.

They go on display again on Tuesday (5 December) from 4.30pm to 8.30pm at the Hangleton Community Centre, in Harmsworth Crescent, on the edge of Hangleton Park.

St Congar said: “We are proposing to build 825 new homes.

“Development at Toad’s Hole Valley will deliver over one year’s housing supply on one site, with supporting infrastructure.

“Forty per cent of the homes delivered will be affordable, for shared ownership and affordable/social rent.

“Priority for these homes is given to those who are living or working in Brighton and Hove, meaning that a significant amount of these properties will go to supporting the needs of the local community. 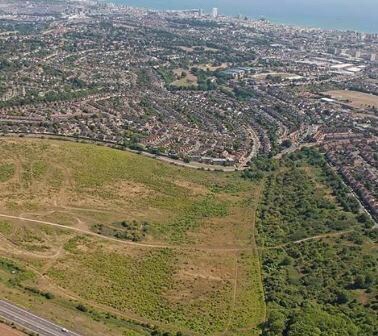 “Fifty per cent of the homes delivered will be family-sized – three bedrooms or more.

“There may also be the opportunity to provide homes for the older generation by way of a retirement village.

“This will allow those older Brighton residents who may be wishing to downsize an opportunity to remain local while freeing up the city’s current housing stock elsewhere.”

At the bottom of the valley the plans include offices and other work space, shops and – if required by Brighton and Hove City Council – a school.

Traffic lights may be installed at the bottom of Snakey Hill too, where an entry to the site would form a new crossroads at the top – the northern end – of Goldstone Crescent. More traffic lights could be placed halfway up the hill.

Road safety and congestion are among the concerns to have been raised by some, including Hove Park Ward councillors Vanessa Brown and Jayne Bennett, both Conservatives.

The 21 bus is expected to serve the new estate which would have a number of entries and exits on to Snakey Hill, with junctions aimed at helping to slow traffic.

Lorries may be banned and encouraged to use the A293 link road between the A270 Old Shoreham Road to the bypass.

The scheme is expected to create about 150 jobs during construction and a similar number of permanent jobs.

A planning application is expected to be submitted to the council next year.

Earlier this year the council’s Planning Committee approved plans to build 69 homes at the top of the hill, at Court Farm House, which adjoins the site.

Work is under way, with the demolition of the farm house and outbuildings almost complete.

Planners also backed a scheme to allow the King’s School, a Church of England free school, to build premises on the site of West Blatchington Primary School.

The primary will have new premises towards the eastern end – the Toad’s Hole Valley side – of the school’s current grounds.