Police are appealing to the public to identify the two men in the picture after they are suspected of attempted theft in Asda, Crowhurst road, Hollingbury. 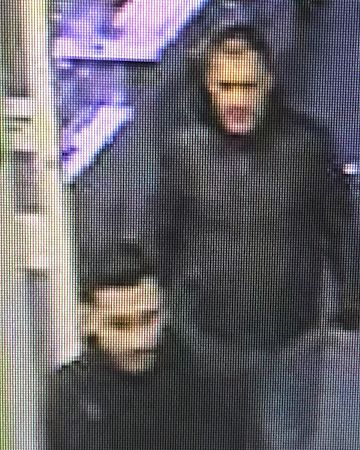 An elderly lady was shopping in the store on Tuesday morning (December 5) when she was approached by a man who proceeded to distract her while another man attempted to steal her purse.

The victim noticed and shouted for help causing the suspect to drop the purse and both men then fled the store.

The first suspect is described as a man, in his early 40s, 5ft 5in, olive skinned, short dark hair and dull coloured clothes.

The second suspect is a man, in his late teens, 5ft 4in, olive skinned and short dark hair.

If you know who these men are or witnessed the incident please report online or call 101 quoting reference 768 of 05/12.