Detectives are investigating a Portslade drug dealer after he threatened to kill a Brighton police officer in a courtroom outburst as he was jailed for 18 years.

Sussex Police said the threat – shouted towards Detective Sergeant Julian Deans and prosecution barrister Caroline Haughey in open court – would be looked into.

Heroin dealer Louis Makai shouted: “When I get out, I’ll kill you! I wasn’t selling drugs and you know it.”

The force will take statements and may interview Makai before deciding whether to pass a file to the Crown Prosecution Service.

Makai was convicted of conspiracy to supply heroin as part of a £12.5 million racket at Brighton Crown Court after a retrial.

A previous jury at Hove Crown Court had been unable to reach a verdict.

His outburst came as he was being taken from the dock down to the cells.

He pulled out a blade that he had hidden and slashed one of his wrists while shouting that he had been “stitched up” so they might as well stitch him up again.

Passing sentence, Judge Anthony Niblett told him that he had played an integral part in a sophisticated drugs gang that ran heroin from Liverpool to Brighton and Eastbourne.

The judge said that Makai had had a management or operational role, with responsibility for the gang’s territory in Hove and Portslade.

He praised security staff for the way that they handled the episode while paramedics treated Makai in the cells.

Five other members of the gang were jailed for 67 years earlier this year while four died before they could be tried or jailed. 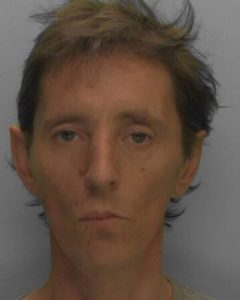 Earlier in a neighbouring courtroom, a man was jailed for his part in a revenge attack carried out in Brighton on the orders of a serving prisoner.

Daryl Barclay, 38, of Hylands Road, in Walthamstow, east London, took part in the attack in Woodingdean, on the orders of 32-year-old Ryan Carden, of Peacehaven.

One of his accomplices, Robert Butler, was also jailed for taking part in what was described as a terrifying attack on Carl Bishop in his home.

Four children cowered upstairs during the violent attack and at least one of the attackers went in to Mr Bishop’s home with a knife.