A suspected drink driver from Brighton will spend Christmas back behind bars after crashing his mother’s almost new car and fleeing the scene. 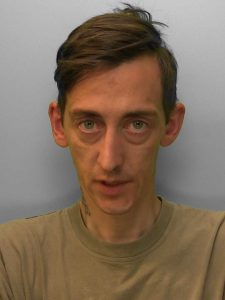 Martin Stunell had not told his mother that he had taken her blue Ford Fiesta – and in any case he was already banned from driving.

Stunell, 36, unemployed, of Desmond Way, Whitehawk, crashed into a Peugeot 208 and then smashed into a wall in Wiston Road – just yards from his front door.

After the crash, at about 2.20pm on Monday (18 December), officers from Sussex Police found Stunell at his home where he was arrested.

He was charged with failing to provide a specimen of blood for analysis, driving while disqualified, driving with no insurance and failing to stop after a crash.

He was also charged with aggravated vehicle taking, having taken a car without the owner’s consent and then crashed it.

Sussex Police said: “Due to a number of previous offences, including driving while disqualified, Stunell was remanded in custody to appear before Brighton Magistrates’ Court.”

The next day he was brought before District Judge Christopher James who jailed Stunell for 16 weeks and banned him from driving for three years after his release.

Stunell, who was jailed for 14 weeks in June after three separate attacks on his mother Carol Stunell, was also ordered to pay a £115 victim surcharge.

He was one of four people to have been jailed after being arrested around the county by Sussex Police on suspicion of drink driving over the past fortnight. 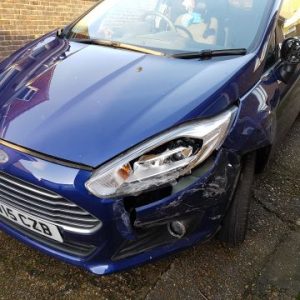 Martin Stunell damaged his mother’s car in a crash

Two other drink drivers and a suspected drink driver were banned when they appeared at Brighton Magistrates’ Court yesterday (Thursday 21 December).

She was charged with failing to provide a specimen of breath for analysis and being drunk in charge of a child under seven years old.

At Brighton Magistrates’ Court she was given an 18-month driving ban and sentenced to an 18-month community order. She was also ordered to pay a £70 fine, £85 costs and a £85 victim surcharge.

She was charged with driving with 70 micrograms of alcohol in 100 millilitres of her breath. The legal limit is 35 micrograms.

At Brighton Magistrates’ Court she was also banned from driving for 18 months. 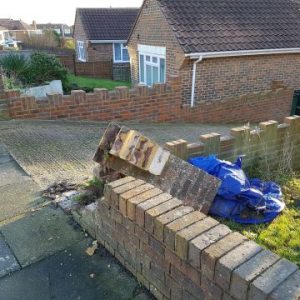 Neil Stoner, 32, was arrested in Ditchling Road, Brighton, on Sunday 3 December and charged with driving with 65 micrograms of alcohol in 100ml of his breath.

On Tuesday (19 December) a Hove man was banned for three years after being caught drink driving in Southwick.

He appeared at Worthing Magistrates’ Court charged with having 59 micrograms of alcohol in 100ml of breath.

Superintendent Chris Moon, head of the Surrey and Sussex Roads Policing Unit, said: “It is hugely disappointing that a minority of people clearly haven’t learnt from their previous offences and as a result they will be spending Christmas behind bars.

“We’re appalled by the number of people arrested, charged and convicted of drink or drug driving already this month.

“Anyone who is prepared to show a blatant disregard for the law should be prepared to face the consequences.

“First-time offenders often express their remorse and regret and vow to never make the same mistake again. However, they shouldn’t be making this mistake in the first place.

“The dangers of driving under the influence of drink or drugs are well documented, as are the consequences. You could lose your job, your licence – or your life.

“Our priority is to keep people safe on our roads and our message is clear – drink and drug driving will not be tolerated and offenders will be dealt with robustly.”

Sussex Police said that it had increased patrols as part of the annual Christmas crackdown which runs from Friday 1 December to Monday 1 January inclusive.

By yesterday (Thursday 21 December) a total of 141 people had been arrested on suspicion of drink or drug driving.

The force said: “Of these, 60 have been charged and a further 15 already convicted. Four motorists committed offences so serious they have been jailed.”