Missing teenager thought to be in Brighton

A missing 16-year-old boy is believed to be in Brighton, where he was last seen four days ago, Sussex Police said today (Thursday 28 December). 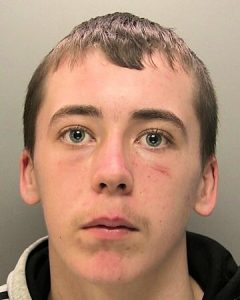 The force said: “A 16-year-old boy missing from his home in Northamptonshire was last seen in Brighton on Christmas Eve (Sunday 24 December).

“Sonny Stirton is thought to have travelled to the city of his own choosing but given his age there are concerns for his welfare.

“Police are appealing for anyone who may have seen him or who knows where he is to get in touch.

“Sonny is white, 5ft 11in, of medium build, with blue eyes and dark brown hair.

“He was believed to be wearing a black jacket, a dark green hooded top, grey tracksuit bottoms and dark blue jeans.