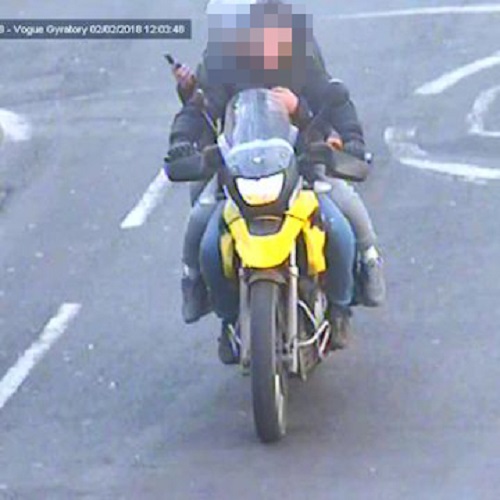 A 15-year-old has admitted stealing a BMW motorcycle and driving it around Brighton.

The Brighton boy, who cannot be identified for legal reasons, also pleaded guilty to driving without a licence, no insurance, no helmet and carrying more than one passenger on the bike on 2 February, when he appeared at Worthing Youth Court on 22 March.

The court heard that the boy was captured on CCTV riding the 650cc motorbike around the Vogue Gyratory in Lewes Road with three other passengers on board.

The boy was given a nine-month youth referral order, banned from driving for 12 months and ordered to pay £400 compensation when he appeared for sentencing at the same court on 19 April.

PC Andy Boucher said: “This was a powerful motorbike and the boy and his passengers were not wearing helmets. They were not only putting themselves in danger but other road users too.”

Anyone with information about motorcycle crime should contact police online or ring 101 quoting Operation Handlebars.