Joan Armatrading is coming back to Brighton for the second date of her latest tour to promote her new album Not Too Far Away. 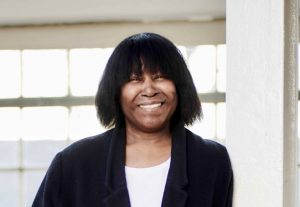 The 67-year-old singer and songwriter – whose hits include Love and Affection, All the Way from America and Me Myself I – has just released her 21st album.

And after opening in London, she will be returning to Brighton to the Dome on Sunday 16 September.

At the time of writing, only a few tickets remain.

The 10 tracks on her new studio album, out on BMG on Friday 18 May, are described as a blend of the deeply personal and the universal. The album is available on CD, vinyl and digital formats.

Her record company said: “In that seemingly effortless way of all good writing, they touch the heart and mind of the recipient.”

In a career spanning almost five decades, Armatrading has earned an Ivor Novello Award and been nominated for a Grammy three times and a Brit Award twice.

She was given a lifetime achievement award at the BBC Radio 2 Folk Awards in 2016 and has even been made an MBE.

After grafting for an honours degree in history from the Open University, she has also served as a trustee of the OU and been awarded honorary degrees by a number of other institutions.

But come September, fans will be turning out hoping to hear some old favourites and tracks from her new collection. And that’s Not Too Far Away.