The Limiñanas sold out Brighton concert a major success 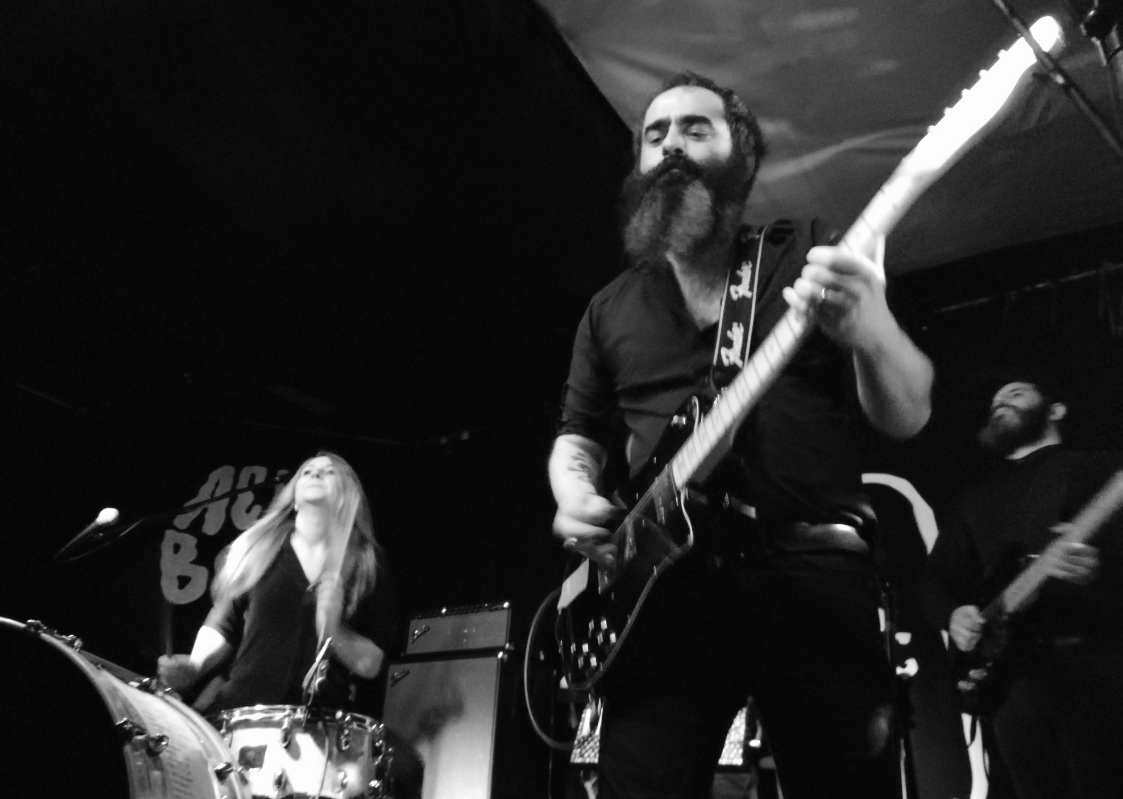 The Limiñanas hail from Cabestany in deepest darkest south east France and tonight they hopped over the channel and visited Brighton’s Hope & Ruin as part of their 6 date UK May tour to plug their recent album ‘Shadow People’. 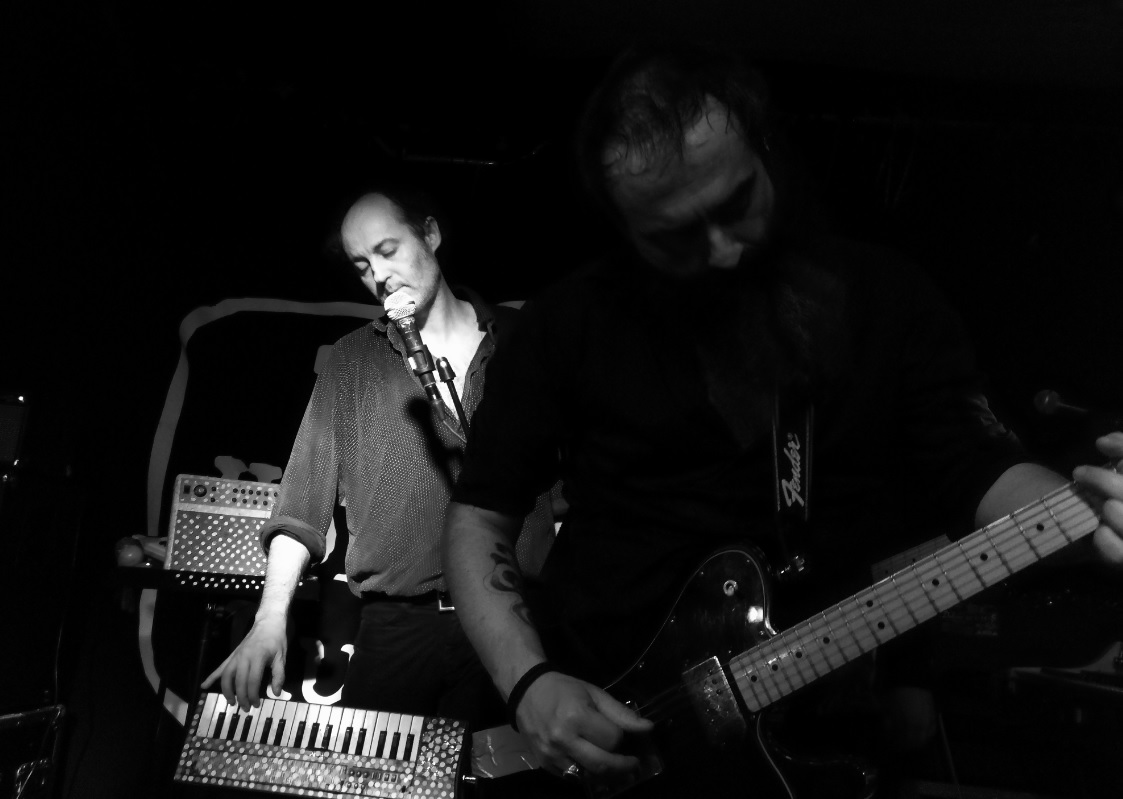 The Limiñanas as a studio outfit are Marie (drums/vocals) and Lionel (guitar, bass, keyboards and vocals) and they are one of France’s most beloved treasures. The duo straddle the boundary between psych, shoegaze, and yé-yé. With hazy, reverb-laden hooks, combined at times with noisy distortion that the Jesus & Mary Chain would be proud of, and fronted by effortlessly cool vocals, reminiscent of Serge Gainsbourg and Brigitte Bardot, the band is at once timeless and quintessentially French. 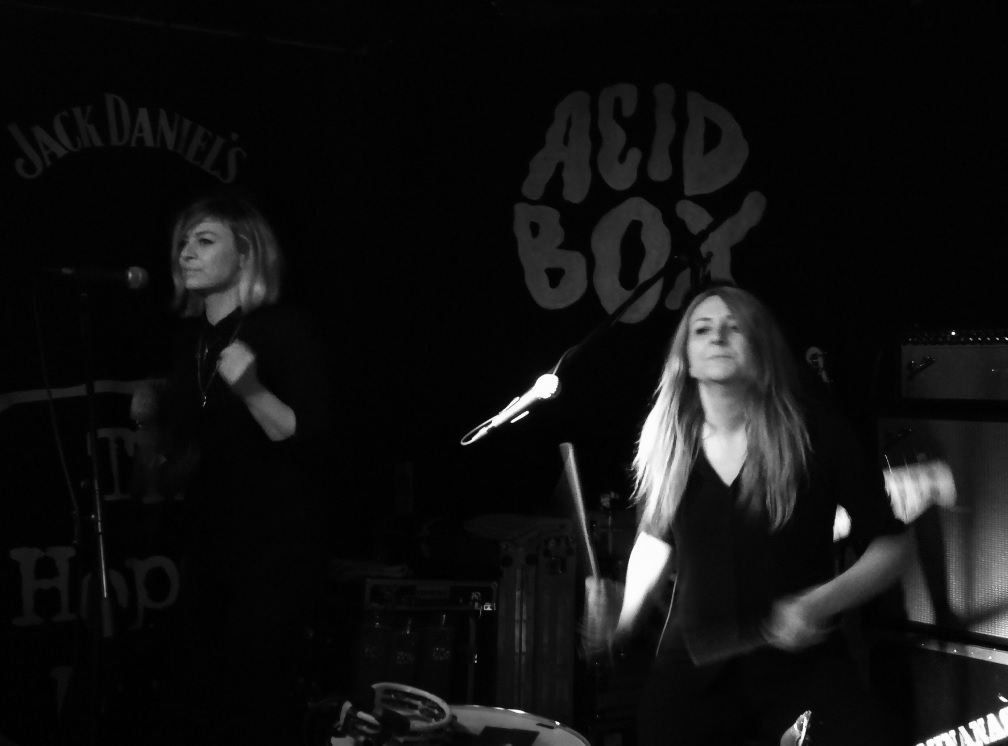 However, as a live act the duo expand to a full seven-piece band, who all tend to wear shades of black clothing in order to signify the unity of the band. Lionel could possibly be likened to a shrunk down version of Demis Roussos, with all that hair and full in-yer-face beard. Beards were the order of the day, as two of the other guys also had them. Marie looked stunning sitting behind her drums with her flowing bright orange locks. I noticed that she does not have a conventional set-up with her drums as there are no cymbals to be found and she also holds the drumsticks by the thin end and so bashes away in metronomic style with the thicker ends.

I would suggest that their sound is held together by the rhythmic drums that continually pound away and Lionel and the boys add in their swirling Gallic psych guitar work around that. Then you add the garage style keyboard work on top and there you have a totally hypnotic blend of music that totally swept the audience away to another plain. 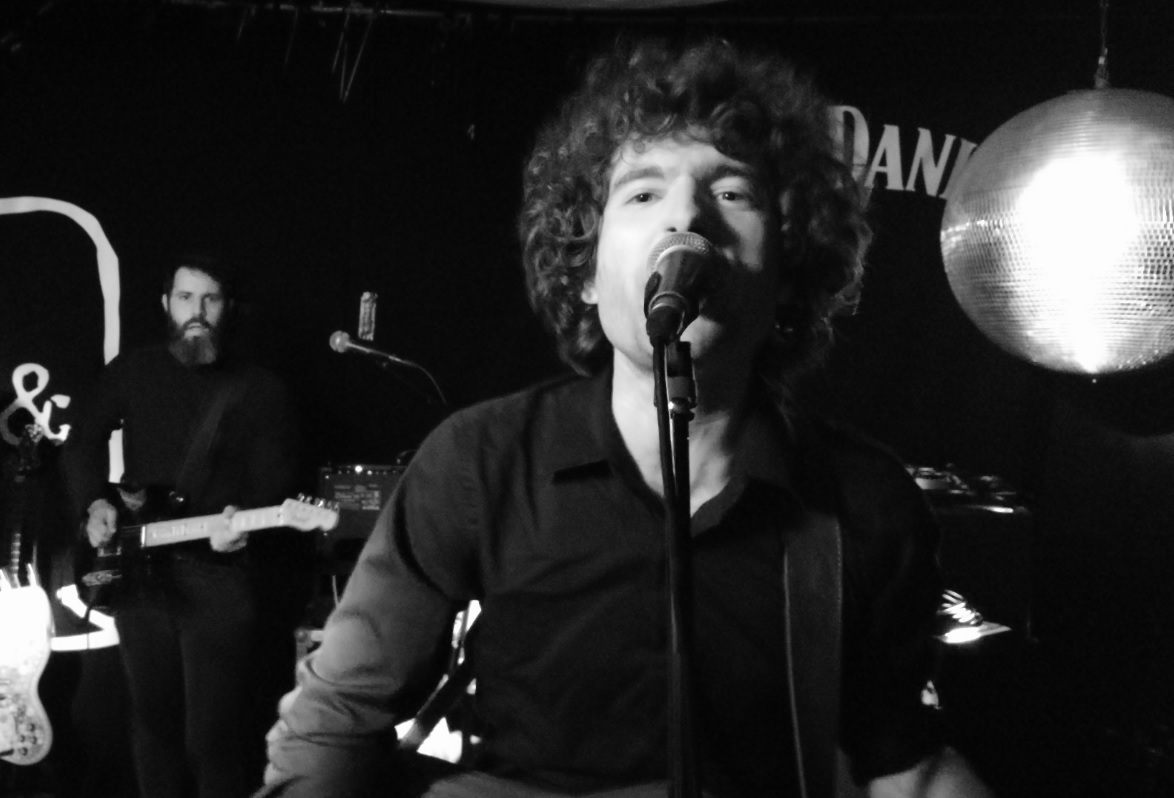 This is western tribal music of the highest order. You can hear nods to Moon Duo, Joy Division, The Velvet Underground, The Stooges, Neu!, The Horrors and the aforementioned Jesus & Mary Chain – not bad company to be in I’d say.

Their new album ‘Shadow People’ was recorded and produced at The Brian Jonestown Massacre’s Anton Newcombe’s studio in Berlin. There must be something magical that happens in Berlin as Moon Duo’s tracks come together there too. 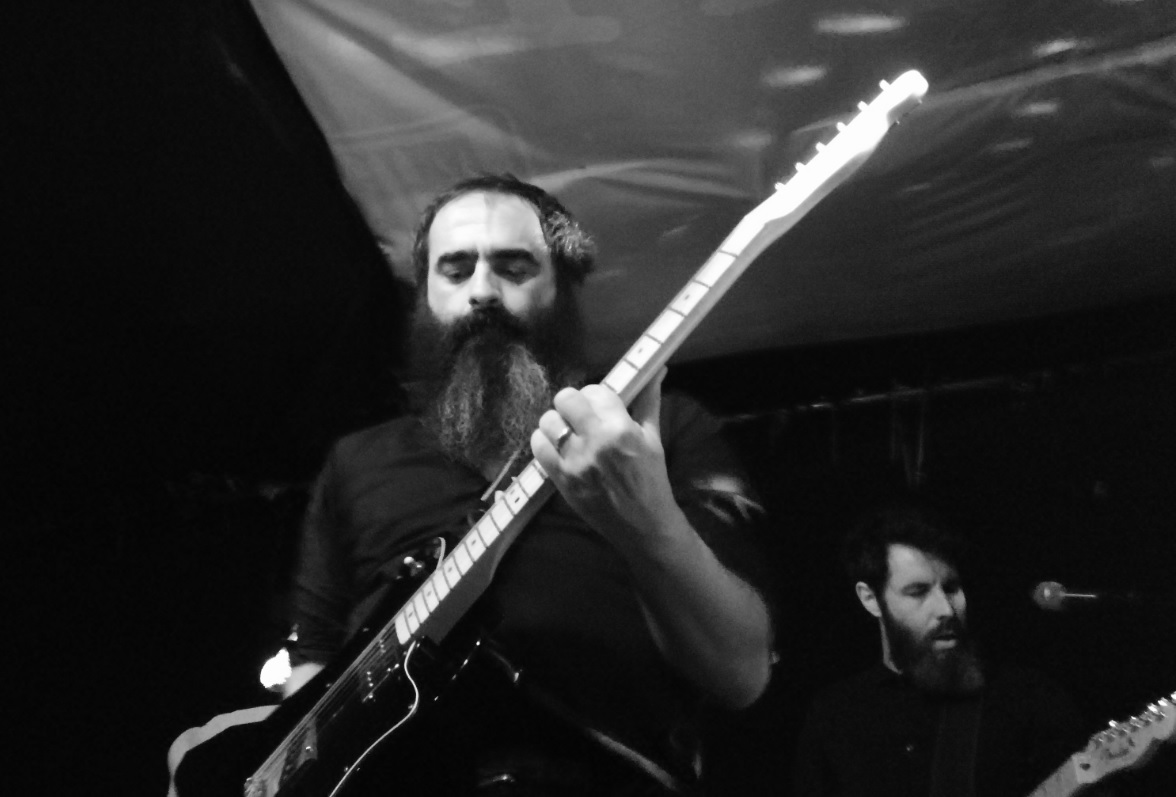 The Hope & Ruin punters were treated to a fine performance and I personally found it enthralling watching each member carry out their duties. There was a guy at the back (with no beard) who had a smarties style keyboard and miniature guitar that he was distorting and he was totally lost in his music. The main keyboard player (with a beard) also had a tiny guitar too.

We had 21 of the proposed 22 tracks this evening as they were running behind schedule due to late soundchecks, so they sadly omitted ‘The Train Creep A Rollin’ at the end. There were a couple of cover versions too, ‘Russian Roulette’ by The Lords of the New Church (who I was lucky to have seen play live back in their day) and ‘Gloria’ by Them. 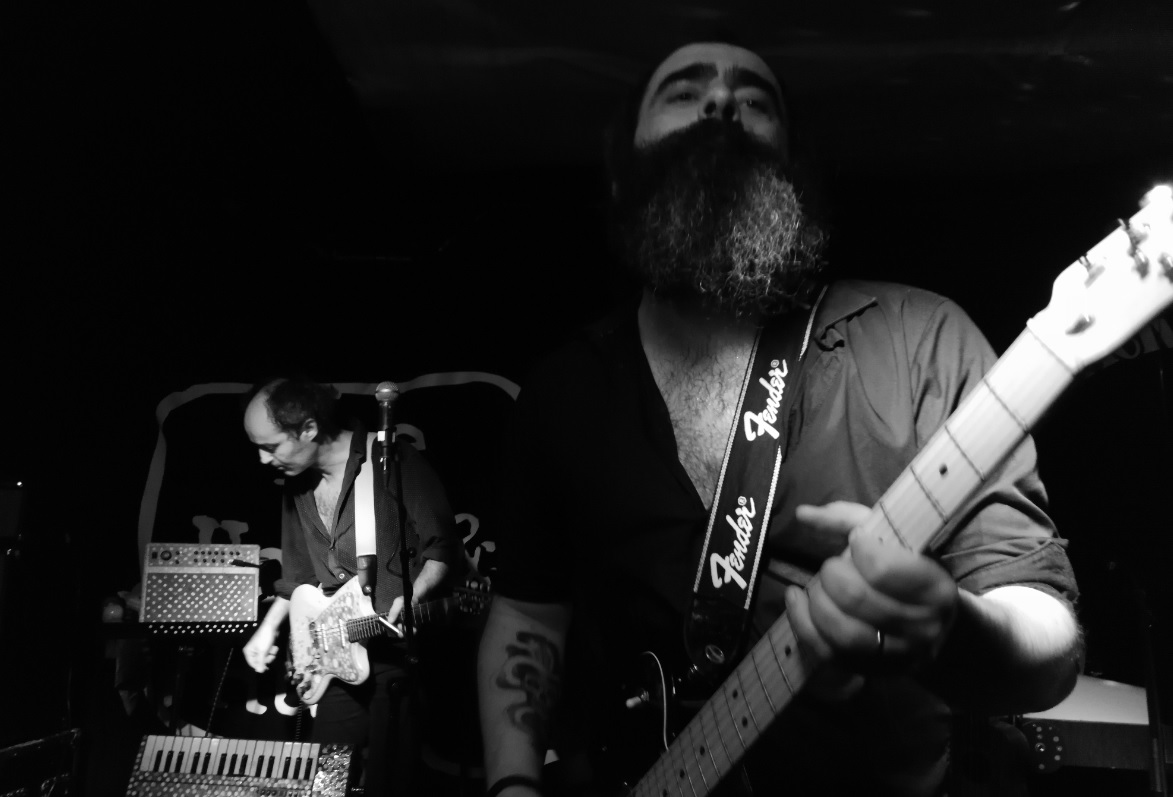 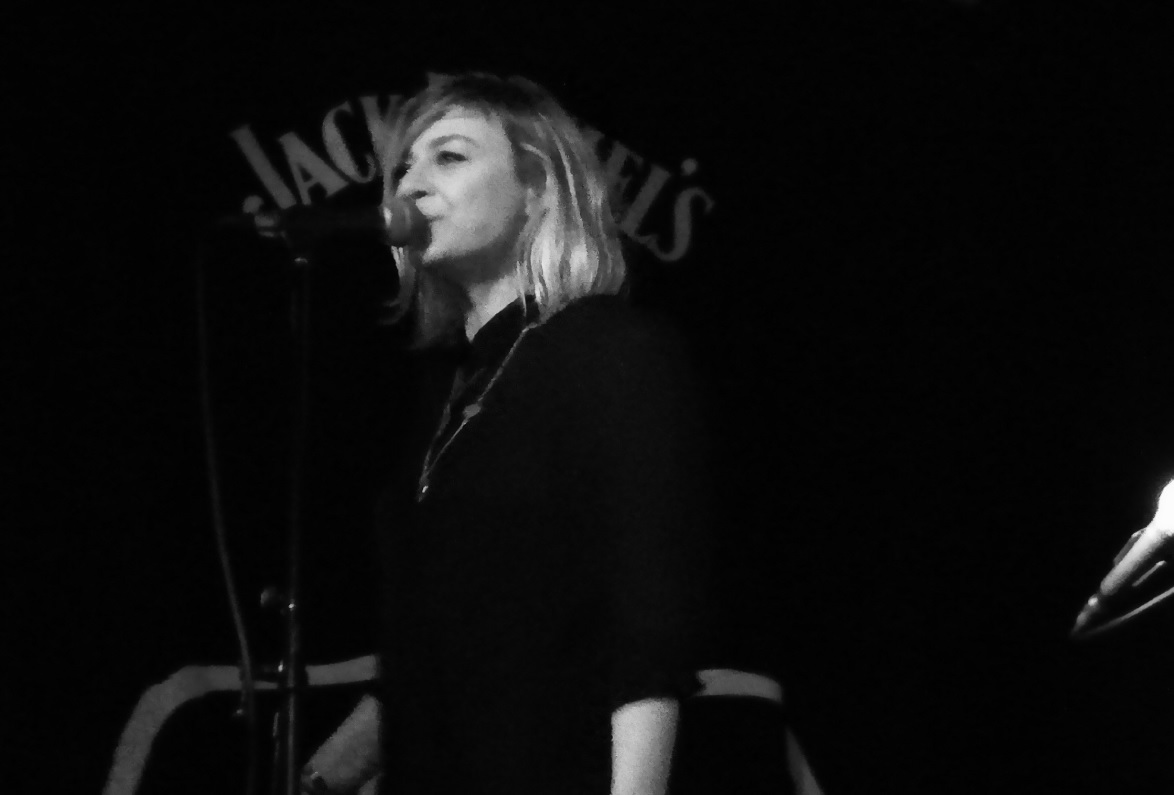 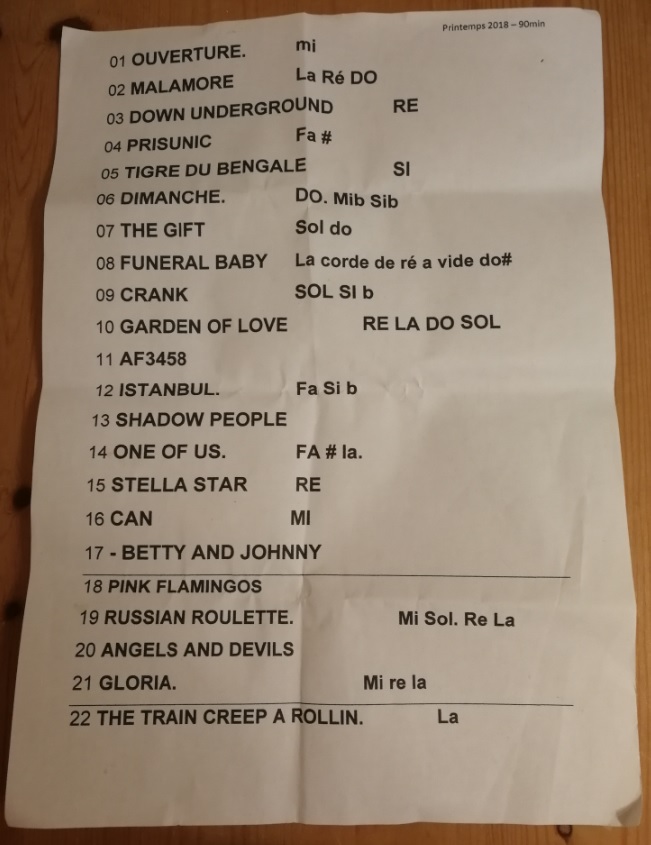 Support this evening came from Melt Dunes who are a four piece combo of keyboard, drums, guitar and bass, who appear to be based in the Portsmouth and Southampton areas. 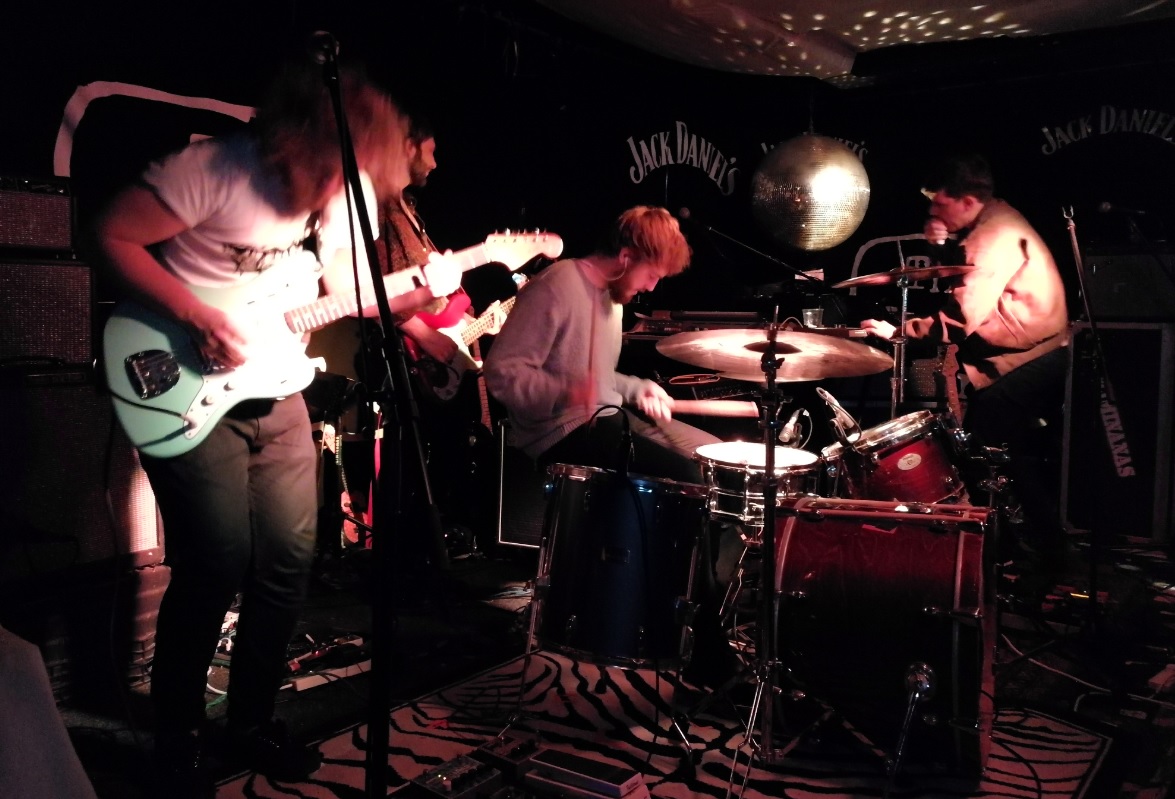 They played quite a strange set really as all of the songs were played one after another without a seconds pause and thus not giving the crowd the opportunity to applaud (or not as the case may be). 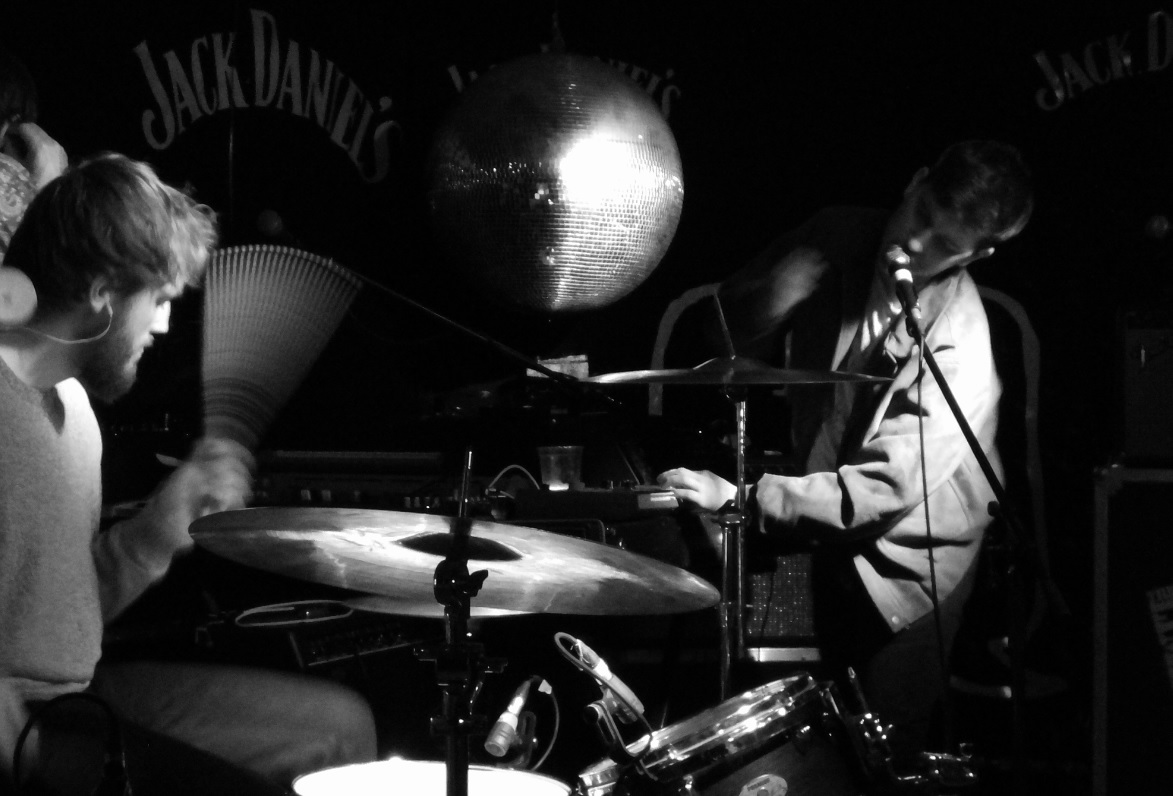 Their sound was quite dirgey in a prog sort of way and the singer had the keyboard facing us and so had to turn his back to us and then arch his back to reach to ‘sing’ into the mic. When I mean sing, we couldn’t pick up on a single word during the whole set as it was deliberately distorted and delivered in a Mark E Smith stylee.

The drummer was a slogger too but held everything together. They could be likened to a psychedelic rock band by the name of PAUW (which means Peacock in their native Dutch) meets The (Original) Modern Lovers circa 1973 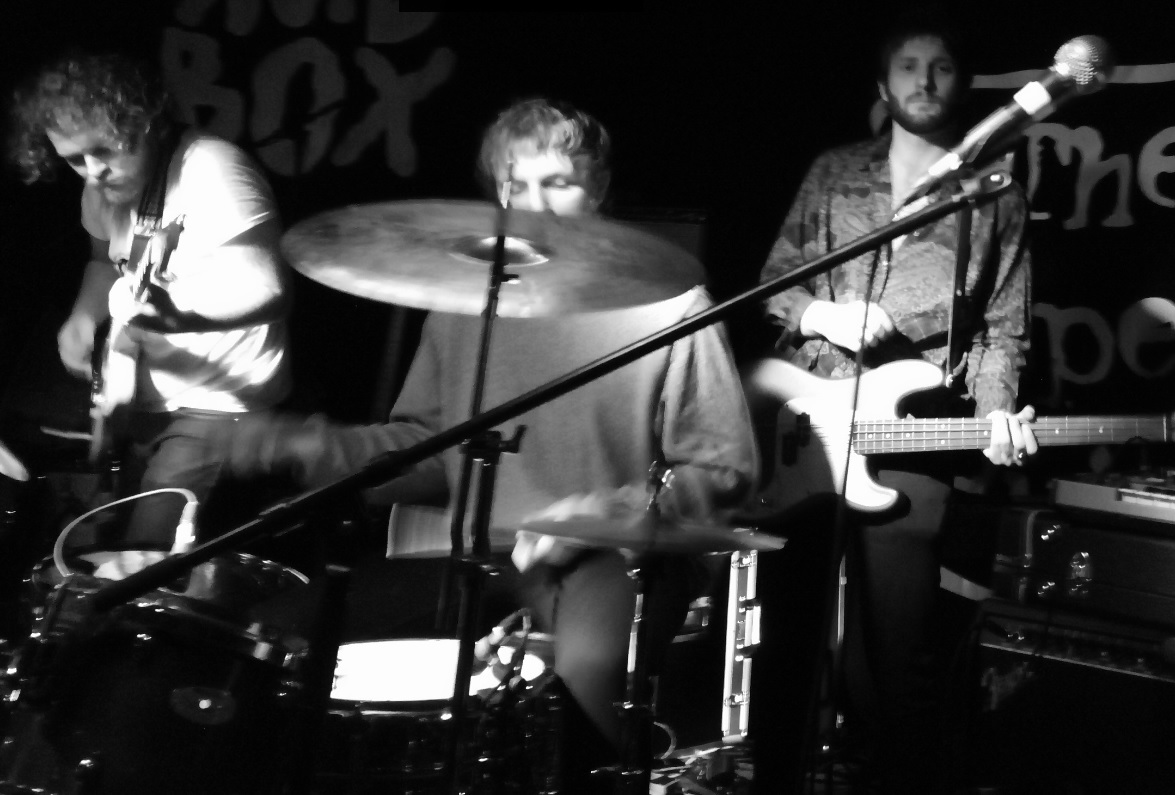 For the record, the crowd did applaud at the end. 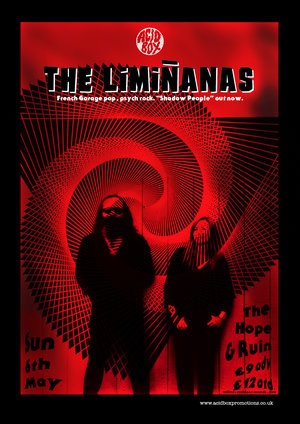