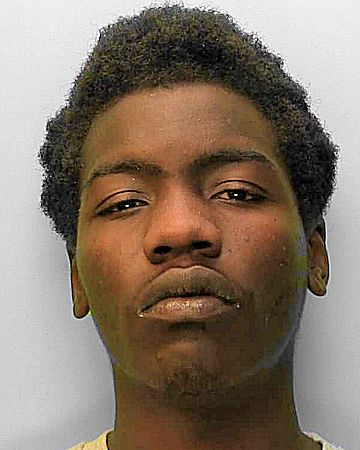 A man has been jailed for eight years for raping a woman and then stealing her bag in Brighton.

Javon Raffington-Paul, 21, of no fixed address, denied charges of rape, theft and fraud but was found guilty by a jury at Lewes Crown Court after a one-week trial on Friday (4 May).

The 21-year-old woman had been out socialising in the city on Friday 27 October last year.

She was befriended by Raffington-Paul who then escorted her to East Street before stealing her bag which contained her bank card and using it go on a shopping spree.

During their inquiries, Javington-Paul was spotted in the street by an off-duty police officer a week later and was subsequently arrested, charged and remanded in prison until the trial.

After the case Detective Constable Elaine Welsh said: “The victim’s strength, courage and bravery enabled the police to take a dangerous and manipulative offender off the streets.

”Despite her trauma, she is continuing her studies and is recovering.

”I would also like to pay tribute to the two passers-by who found her and looked after her until she was safe.

“We take all reports of such offences seriously and we will investigate thoroughly.

”We have specially trained officers to support victims and where possible we will endeavour to bring offenders to justice.”