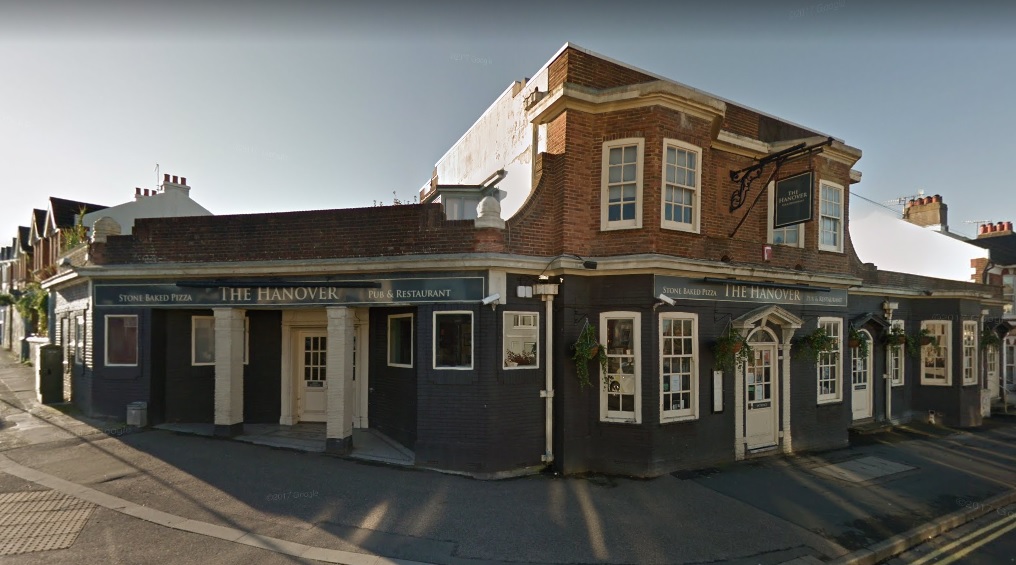 Customers of a popular Brighton pub fear that time is to be called on their local after plans to demolish it have resurfaced after more than 15 years.

Graderich, the owners of The Hanover in Queens Park Road, were given permission to knock it down and build nine houses on the site in 2002. Only three houses were built, on the pub’s beer garden, but this means that the whole permission is still valid.

Now, they have applied for a variation on the permission, moving the position of the houses earmarked for the building’s footprint forward to create back gardens – and the pub’s regulars fear this means its days are numbered.

The Pearce family which owns Graderich says they are just adjusting the permissions in case Indigo Leisure, which runs The Hanover, decide to stop operating it as a pub and there are no immediate plans to proceed.

The Pearce’s son Leigh, who lives in one of the three houses built on the pub garden, told Brighton and Hove News that it could be years before anything is done.

He said: “There is no immediate plan to build these family homes. The update of the plan is to merely bring the houses forward to create back gardens rather than unusable front gardens.

“Tesco were keen to buy it a few years ago, but homes have always been the plan.”

“It could be years if at all if these actually get built. They just want the plans in place if it no longer gets used as a pub.

A barman at The Hanover said nobody at the pub was willing to comment, and was not able to provide contact details for Indigo Leisure head office.

Ward councillor Karen Barford said: “Many residents are rightly concerned about the potential loss of a valuable community hub. Anyone who has been to the pub knows that it is very well used by local people and has such a great atmosphere.

“It also has a very useful function room which I have used myself for some fabulous events.

“I know it’s not straight forward because planning permission was granted before my time on the council but Cllr Daniel Chapman and I have objected to the current variation application on these grounds and know that many residents feel strongly that we need to make our voices heard on this.”

She added that fellow ward councillor Adrian Morris needs to remain impartial as he is on the planning committee.

When planning permission was granted, the pub was known as the Queens Park Tavern, and had something of a reputation. It closed and was renamed The Hanover in the late noughties.