A teenage asylum-seeker from Hove has been convicted of raping a 14-year-old girl this afternoon (Tuesday 29 May). 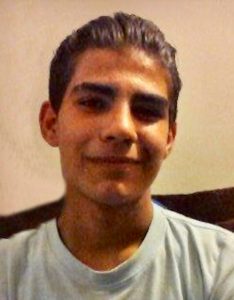 Karam Majdi, who is believed to be 19, was cleared of a second count of raping a 15-year-old girl from Brighton.

Majdi, of Seafield Road, Hove, admitted having sex with the two girls on separate occasions but said that they not only consented, they both made the first move. He did not think they were under age.

Judge Barnes, the honorary recorder of Brighton and Hove, said that she wanted to give the girl, who has turned 15 since the offence was committed, a chance to submit a victim impact statement.

The judge also ordered a full investigation into claims that photographs and videos may have been taken during the trial and posted online where they were seen by the victims.

The jury was told that Majdi, also known as Karam Alaldi and Mano Love, had been in touch with his victim through social media and met her at East Croydon station.

She said that they went shoplifting before heading to a hostel where friends lived. There they smoked cannabis and the victim, who comes from Bognor, snorted a line of cocaine.

Henrietta Paget, prosecuting, told the jury that Majdi held his victim down and raped her despite her protests and left her with bruises to her hips and thighs.

Ms Paget said that the girl had said no but “he doesn’t listen and he doesn’t care”.

Tom Nicholson Pratt, defending, said that there were inconsistencies and discrepancies in both girls’ stories.

Only Majdi had been consistent in his version of events, Mr Nicholson Pratt said.

But the jury was quick to return a unanimous verdict on one of the counts of rape – guilty beyond reasonable doubt.

On the second count Majdi was acquitted.

On Thursday he will be sentenced.