Karen Barford, 47, one of the Labour councillors for Queen’s Park ward on Brighton and Hove City Council, will stand down next May.

She said: “It will not be a surprise to some that one of my key deciding factors is the level of personal abuse and threats to my safety while carrying out my role as councillor.

“This has caused a great deal of stress and concern, not only to me but to my family and friends.”

The new Labour leader of Brighton and Hove City Council, Daniel Yates, called it “a black day in the history of our city”.

“No one should face death threats or intimidation simply for undertaking their duties,” he said.

Councillor Barford is one of nine Labour councillors – out of 22 – known to be standing down next May although the final number could rise, with candidate selections due to take place over the coming months.

Mo Marsh, who served as mayor until last month, is retiring next May, along with Kevin Allen and Penny Gilbey. Others to quit include Saoirse Horan and Caroline Penn.

Councillor Yates said: “Karen has been an exceptional councillor since her election in 2015.

“As both a committed ward councillor and exceptional lead for adult social care and now as chair of the Health and Wellbeing Board she has used her broad experience and compassion to ensure that service users’ and residents’ voices and needs have been at the heart of council decisions and services.

“Her decision to not seek re-election will leave the council and the city poorer as a result and the impact of those who have chosen to threaten and intimidate her, and other councillors in recent years, must be condemned by all those who care about public service.

“The impact of their actions should not be underestimated both for Karen herself and for those considering standing for public office in the future.

“No one should face death threats or intimidation simply for undertaking their duties. 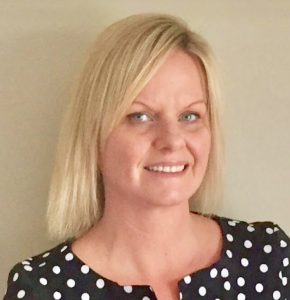 “It is a black day in the history of our city that any public-minded citizen has to choose safety over service.

“However, I completely understand the choice that Karen has made and I thank her for her ongoing service to the city up to next year’s elections and wish her health, safety and good fortune in her life after her time on the council comes to an end in May 2019.”

Councillor Barford, a mother of four, said: “I have made the very difficult decision not to put myself forward for the 2019 Brighton and Hove City Council elections.

“I feel that the time is right to pass the baton on to fresh talent who can represent the ward and take the city forward to achieve its ambitions.

“It has been a huge honour to represent the residents of Queen’s Park ward as one of their local councillors and those of the city through my role as lead for adult social care and now as chair of the Health and Wellbeing Board.

“We have been faced with huge government cuts, yet the Labour and Co-operative administration has done an excellent job of really putting residents first and building strong partnerships while balancing the council’s books and planning for the future.

“It will not be a surprise to some that one of my key deciding factors is the level of personal abuse and threats to my safety while carrying out my role as councillor.

“This has caused a great deal of stress and concern, not only to me but to my family and friends.

“However, I must add that the huge majority of residents have been very supportive and respectful towards me and my fellow councillors.

“I will miss very much being able to represent their voices to make positive change in their lives and their communities.

“The 2019 local elections will be an exciting time when I am sure we can achieve a majority Labour administration with the support of local residents and the strong leadership of Councillor Daniel Yates, which can only be a good thing for our wonderfully diverse and engaged city.

“I will remain a committed member of the Labour Party, supportive of its leadership and manifesto at a national and local level.

“I will spend the next year continuing to work hard for the city and its residents, alongside the amazing Labour and Co-operative group of councillors.

“It has been an absolute honour to serve the residents of Brighton and Hove.

“I would like to thank the dedicated Labour Party members, my fellow councillors and the council officers who have all worked extremely hard to ensure the best deal for our city, focussing on the basic services, protecting the most vulnerable and building our economy.

“Finally, I would like to thank the residents who placed their trust in me and the extremely committed local agencies and organisations that go above and beyond every day to support and empower local people.”

Councillor Barford initially brushed off the threats, which have been made by phone, by email and in person, because she didn’t want to make a fuss or let it affect her.

More recently she has raised it with officials and she said: “I must add that the council has been great at offering advice and support.

“They risk-assessed my home, previous workplace and car, plus offering advice for community work. They also gave me access to their 24-hour security if I ever needed it.

“At first I didn’t report it to the police as I was trying not to let it affect my role but always raised the more serious threats to my safety with the council’s legal team. The police were very good when involved in any concerns.”

Her former colleague Lloyd Russell-Moyle, who stood down from the council after becoming an MP, said: “It is disgusting that Karen Barford faced vile abuse as a councillor.

“She has been one of the stars of the Labour administration and her standing down because of intimidation is a sad indictment on politics.

“I hope Brighton and Hove police will review how they protect councillors in future.”