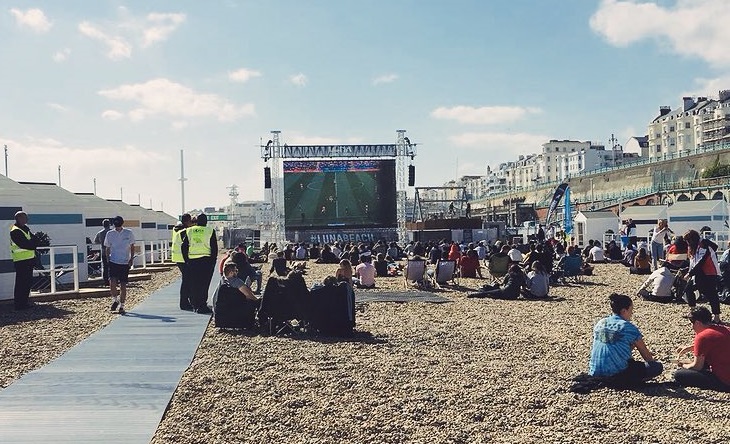 The Luna Beach cinema will show a mixture of films, including kids’ films, classics and more recent releases, as well as World Cup and Wimbledon matches.

Situated off Madeira Drive, the big screen will be in operation until July 15. The site also features food stalls from Brighton vegetarian caterers the Peckish Peacock and Kemptown’s Shortt’s BBQ Shack. The Luna bar will serve a range of drinks, including wines from its partner Casillero del Diablo.